Brian Henderson, 88, reveals he is refusing further treatment for cancer 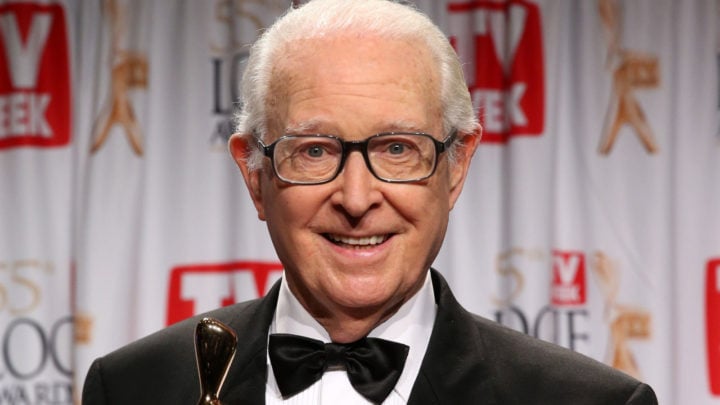 Brian Henderson, pictured in 2013, has been diagnosed with kidney cancer. Source: Getty.

Australian TV legend Brian Henderson has made the decision not to undergo any further treatment or surgery after being diagnosed with cancer for the fifth time.

The 88-year-old told the Daily Telegraph that he was diagnosed with kidney cancer in September after noticing blood in his urine. However, he told the news outlet that, as the tumour is slow-growing, he has decided to “leave it there”.

“My doctor said the tumour in my kidney is likely to be slow growing so I’ve decided, at my age, to leave it there,” the Bandstand host said.

“The doctor said I’m likely to die of something else before this kills me.”

The Gold Logie winner, who graced our screen for a total of 47 years and holds the title of Channel Nine’s longest-serving newsreader, was first diagnosed with bowel cancer back in 1999 and went under the knife to have a portion of his bowel removed.

“I’ve had my prostate removed, a piece of bowel taken out and then – the worst of them – throat cancer, a few years back. That was a toughie,” he told the Daily Telegraph. “I’ve had melanomas, I’ve had it all.

“This is a new twist but I’m grateful for it. Twice in the same place might be bad news but I haven’t had that and am told the cancers are all unrelated.”

In 2013 he was also diagnosed with hydrocephalus – a build-up of fluid around the brain – and had a shunt inserted to drain the cerebral fluid. However the medical episode means there is a risk that any future infection may travel directly to Henderson’s brain.

“We weighed up the risk associated with Brian having the kidney tumour removed and thought, as per the doctor’s advice, it was too great,” his wife of 48 years Mardi said.

“His mind is good, he’s still sharp, he still makes me laugh and we are happy so we’re counting our blessings.”