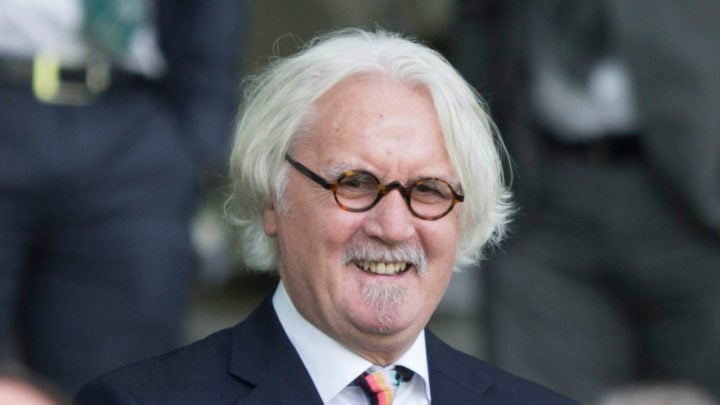 Billy Connolly will end his stand-up comedy career as he continues to battle with Parkinson's. Source: Getty

Comedy great Billy Connolly has bid farewell to his lengthy career in stand-up, admitting while he’ll never let his Parkinson’s define him, it was time to take a step back.

Connolly, now 77, spoke openly about his struggles this week, telling fans at a launch of his new artwork that he’s finished with stand-up, but isn’t letting Parkinson’s take over his life, Sky News reported.

He went on to admit that the journey hasn’t been easy and that he does get upset at times because of the way the disease is affecting his body, causing him to “walk like a drunk man sometimes”.

“You’re frightened you’ll be judged on it. And you shake sometimes,” he added, according to Sky News. “Sometimes you can’t get your money into your wallet … and the waiter has to take it from you and put it in.”

This isn’t the first time the actor has opened up about his struggles with the disease. Last year he spoke candidly in documentary series Made in Scotland.

“My Parkinson’s is not going to go away and it’s going to get worse,” he said, according to The Mirror. “My life is slipping away.”

The Series of Unfortunate Events star went on to say that he’s “at the wrong end of the telescope” and that his life will end soon. However, according to The Mirror, he said he wasn’t afraid of death.

“My life, it’s slipping away and I can feel it and I should,” he said on the program. “I’m near the end. I’m a damn sight nearer the end that I am the beginning.”

The comments shocked fans who voiced their concerns for Connolly on social media, leading his wife, Pamela Stephenson, to share a video of her husband explaining what he really meant by his comments. In his true comedic fashion, Connolly assured fans that his time wasn’t up yet.

“Not dying, not dead, not slipping away,” he sang, while playing the banjo. “Sorry if I depressed you. Maybe I should have phrased it better.”

Do any of your loved one's suffer from Parkinson's? Do you have a message for Billy as he continues his battle with the disease?