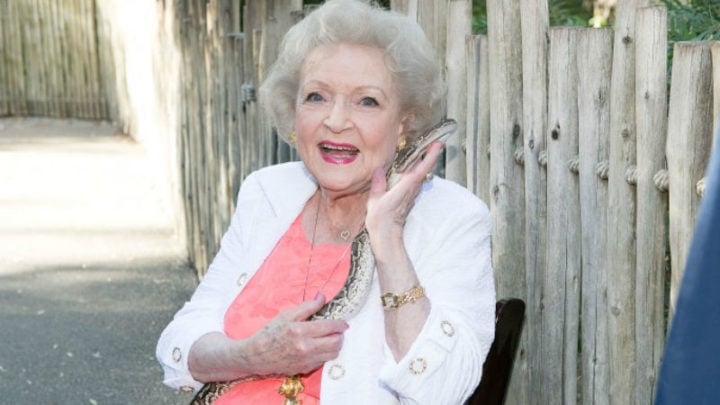 She is one of the most well-known faces in Hollywood, with a career spanning an incredible eight decades, and tributes flooded in for Betty White as she celebrated her 98th birthday on Friday.

The Golden Girls legend first shot to fame in the 1950s thanks to her role in Life With Elizabeth, and has starred in a range of movies and television series over the years, most recently voicing a character named Bitey White in 2019 movie Toy Story 4.

Fellow screen icon Ed Asner, who starred alongside Betty on The Mary Tyler Moore Show, led the birthday tributes as he wrote on Twitter: “To the sweetest gal in the world. Happy birthday sweetheart! I love you.”

To the sweetest gal in the world. Happy birthday sweetheart! I love you. #BettyWhite @BettyMWhite pic.twitter.com/kmC5V3IWyT

Marie Osmond said: “#HappyBirthday to my second mom and the funniest woman on the planet! #LetsTalk about how much we all love Betty!!! What’s your favorite #BettyWhite moment?”

While Betty’s The Proposal co-stars Sandra Bullock and Ryan Reynolds also took to social media to mark the special occasion, as the pair shared a hilarious video of themselves singing ‘Happy Birthday’ on Instagram.

Happy 98th Birthday to the one and only Betty White! #XCVIII 🎂

In 2018, Betty shared some of her top tips for longevity with Parade magazine, crediting her love of vodka and hot dogs for reaching her 90s and enjoying a happy and healthy life.

“Enjoy life,” she added. “Accentuate the positive, not the negative. It sounds so trite, but a lot of people will pick out something to complain about, rather than say, ‘Hey, that was great!’ It’s not hard to find great stuff if you look.”

White kept the same determination when beginning her incredible career in Hollywood, and despite being turned away in her 20s, she kept “plugging away”. She explained to the magazine: “I know it sounds corny, but I try to see the funny side and the upside, not the downside.

She is also recognised as the first woman to produce a sitcom which was Life with Elizabeth, which contributed to her receiving the honorary title Mayor of Hollywood in 1955. And, according to the Guinness Book of World Records, White currently has the longest television career of a female entertainer

Are you a fan of Betty White? Do you have a birthday message for the star?