Canadian police reveal cause of death of teen killers 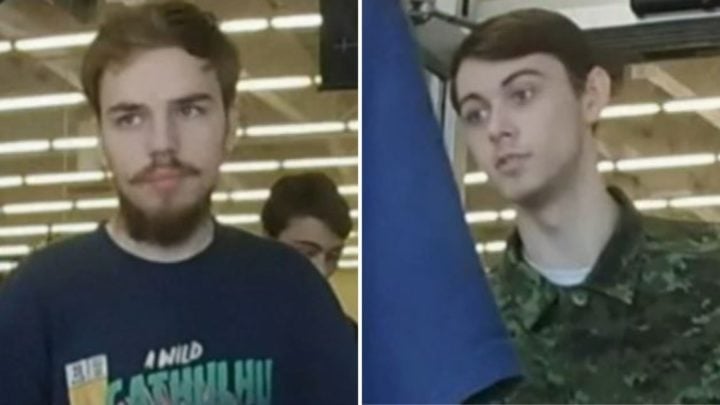 Canadian police have confirmed the cause of death of Canadian teen fugitives Bryer Schmegelsky and Kam McLeod after their bodies were discovered near the shoreline of the Nelson River last Thursday. Schmegelsky and McLeod are suspected of murdering Australian man Lucas Fowler, his American girlfriend Chynna Deese and botanist Leonard Dyck.

On Tuesday morning (AEST time), Royal Canadian Mounted Police (RCMP) revealed that Manitoba Medical Examiner has completed the autopsies and confirmed that the two deceased men located in Manitoba were in fact McLeod and Schmegelsky. The families of the men have been notified and offered support.

Authorities also confirmed that the men appear to have died by suicide, with a statement reading: “The RCMP can also confirm that the two died in what appears to be suicides by gunfire.

“While both individuals were deceased for a number of days before they were found, the exact time and date of their deaths are not known.”

The RCMP believe the men had been alive for a few days since they were last seen in July and during the extensive search efforts in the Gillam area. Authorities also located two firearms near the bodies and forensic analysis is underway in order to definitively confirm that these weapons are connected with the northern BC homicide investigations.

Authorities have now completed their search of the area.

“The assessment will review all the investigative findings to date, whether it is statements, evidentiary time lines, physical or digital evidence, and the BC RCMP have also have engaged our Behavioural Analysis Unit,” the statement continued. “The BC RCMP commits that once we have completed that review within the next few weeks, we will be providing the families with an update with respect to the totality of the investigations and then releasing the information publicly.”

The news comes just days after the father of Schmegelsky appeared on 60 Minutes and revealed the impact his son’s death has had on him.

When asked how he felt that his son would be remembered as a killer, Alan admitted that it wasn’t “very good” and that there was “no glory in that”, explaining: “I wanted my son to be someone amazing. I wanted my son to have a future.”

Still, he admitted that he still doesn’t fully understand the circumstances around the tragic events and won’t brand his son a murderer until it’s proven, but said he sympathised with the families of those who have been killed.