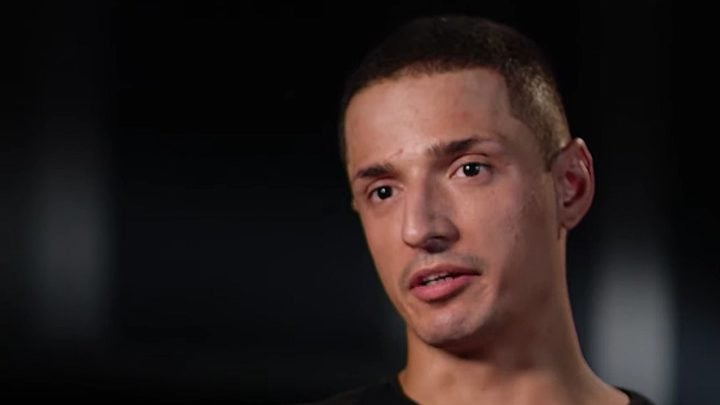 The brother of Bourke Street killer James Gargasoulas has opened up about the moment his sibling almost killed him. Source: YouTube/ ABC News (Australia)

The brother of Bourke Street killer James Gargasoulas has opened up for the first time since the horrific day in 2017, sharing details of the moment his sibling attacked him with a knife.

Gargasoulas was sentenced to life in prison earlier this year for killing six people and injuring 27 others in a vehicle attack in Melbourne when he deliberately drove a stolen car into pedestrians in the city centre.

Now over two years after that terrible day, the killer’s brother Angelo has spoken about the moments that led up to the attack and how he almost died at the hands of his sibling.

Appearing on ABC’s Four Corners on Monday night, Angelo said just hours before Gargasoulas went on the violent rampage he set out after him.

The younger brother said he was confronted by his sibling at around 1am on January 20 when Gargasoulas arrived at his mother’s apartment with his new girlfriend. It wasn’t long before things took a turn for the worse when Gargasoulas began questioning him over a supposed deadly comet that he believed was heading straight for them.

“I saw my brother coming and basically just go at it, at me, [with a knife] and I remember losing consciousness, and my head was against the front of the car tyre and the horn was going like crazy.

“I realised my lung has been stabbed and at this point I didn’t realise the knife had gone right through, but my lung was making a blow-off kind of sound.”

Angelo said the stabbings continued for some time with Gargasoulas eventually leaving him to die. The brother of the Bourke Street killer said he was taken to hospital where he was placed in an induced coma while Gargasoulas just hours later headed to Melbourne’s city centre where he ran down a group of pedestrians.

In February this year Gargasoulas faced court for his crimes. Justice Mark Weinberg set a non-parole period of 46 years for what he described as one of the “worst examples of mass murder” in Australia, after sentencing Gargasoulas to six life terms for murder, according to 7 News. He said he did not accept that Gargasoulas was genuinely remorseful.

“You made no attempt to avoid people or to slow down. You simply ploughed through them — quite deliberately,” Weinberg reportedly said.

“You were not suffering a mental illness at the time you committed these offences. You were suffering from a drug induced psychosis.”