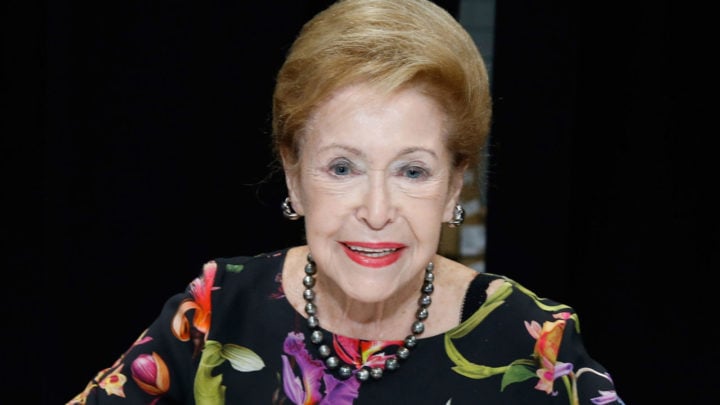 ‘Queen of Suspense’ Mary Higgins Clark has passed away at the age of 92, her publisher has confirmed.

The best-selling American author, renowned for her novels such as ‘Where Are The Children?’ and ‘No Place Like Home’, died at home in Naples, Florida, on Friday.

A statement released by publisher Simon & Schuster President Carolyn Reidy confirmed that the novelist’s death was a result of natural causes, and that she had passed away peacefully surrounded by “loving family and friends”.

“Those of us who are fortunate to have worked with Mary—and at Simon & Schuster, that is multitudes—know her as a person of tremendous loyalty and dedication,” Reidy said.

She added: “She was, simply, a remarkable woman who overcame an early life of hardship and challenges, never doubting her ability as a natural-born storyteller (and she was one for the ages), and who persevered through trial and rejection until she at last achieved her Holy Grail of being a published author.”

Higgins Clark began her writing career after the sudden death of her husband Warren Clark in 1964, leaving her a young widow with five children, including daughter Carol, who has followed in her mother’s footsteps and become an author in her own right.

Mary’s first book ‘Where Are The Children?’ was released in 1975 and her publisher said that, incredibly, all 56 of her books have gone on to become best-sellers, selling more than 100 million copies in the United States alone.

Tributes flooded in for the prized author, after the news of her death was made public on Saturday. Her Editor Michael Korda described her as a “dear friend”, having worked together since her debut in 1975.

He said: “She was unique. Nobody ever bonded more completely with her readers than Mary did; she understood them as if they were members of her own family. She was always absolutely sure of what they wanted to read—and, perhaps more important, what they didn’t want to read—and yet she managed to surprise them with every book.

“I feel privileged to have enjoyed forty-five years of her friendship, and saddened that I will no longer be able to pick up the phone and hear her say, ‘Michael, I think I’ve figured out how to make this story work.’ She was a joy to work with, and to know.”

Were you a fan of Mary Higgins Clark's books? Have you read many of her stories?