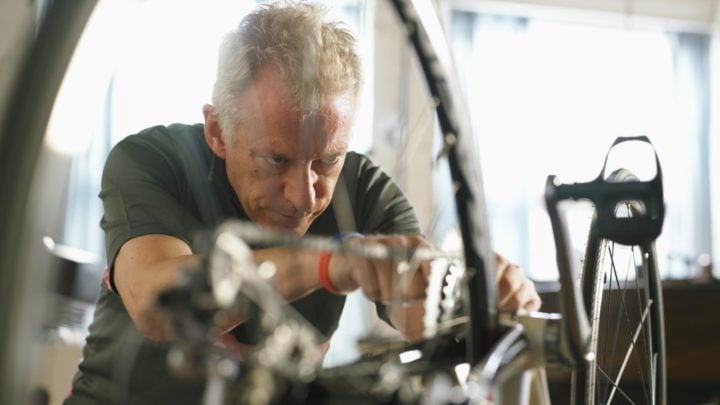 The study found Australians are tossing out broken household items and replacing with new rather than repairing them. Source: Getty

There was once a time when repairing household items was the norm. You’d sew buttons back on dresses, spend hours repairing toys or appliances, and call in a repairman for anything that was out of your depth. In today’s throwaway society however, it’s out with the old and in with the new as soon as things go wrong.

In fact, a new study commissioned by Gateway Bank has revealed that Australians are increasingly tossing out broken household items and replacing with new rather than repairing them. However, the issue is costing billions, with the nation collectively forking out $28.3 billion over the past 12 months, or $1,460 per person.

The main reasons Aussies are throwing away household items rather than repairing include thinking it would cost more to fix (45 per cent), wanting a new model (35 per cent) and thinking that their broken appliance could not be fixed (30 per cent). However, the study also found that more than half of respondents (55 per cent) would be eager to learn how to fix their broken household items.

Household appliances that once lasted up to 20 years now often break or fall apart after just five years of use. What’s more, repairing these products has become even more difficult with many manufacturers making it so products can only be repaired in their specialty stores rather than at home or at local repair shops.

Now though, new legislation is being floated around Australia that would force manufacturers to make high-quality products that are easy to repair when they break. “There is a common misconception that repairing household items is not worth the cost or will end up costing you more in the long term but, oftentimes, this isn’t the case,” Lexi Airey, CEO of Gateway Bank, said in a statement.

Repair Cafes were founded in Europe a decade ago to encourage people to consume less while giving them the skills and knowledge they needed to fix household and personal items themselves.Since then, over a thousand Repair Cafes have popped up around the world, including Australia.

“They present just one of many options that can help people save money by teaching them how to repair objects on their own with the bonus of acquiring a lifelong skill. You can’t put a price on that!”

It comes after several states in the US introduced Right to Repair legislation that forced companies like Apple and Samsung to make the tools, parts, and manuals needed for repairs available to independent repair shops. However, Apple, Toyota and others have lobbied against the laws, saying that letting third parties repair their products poses a security risk to users.

Meanwhile, earlier this year, Europe also introduced a “right to repair” reform. As reported by BBC News at the time, the proposed legislation in the UK and Europe wants products that can be fully dissembled and repaired with spare parts and advice supplied by the manufacturer.The European proposals referred to lighting, televisions and large home appliances. The European Environmental Bureau also want other products like smart phones and printers included in the legislation.

The rules are being spearheaded by repair rights groups and a number of European environment ministers, who say changing the rules would reduce the amount of waste being dumped around the planet. Electronic waste is one of the most rapidly growing parts of the waste stream, Nathan Proctor, director of the Right to Repair campaign told PRI at the time. According to the United Nations University, the amount of e-waste is expected to grow to 52.2 tons globally by 2021.

And household items aren’t the only things Aussies are throwing away. Shockingly, it was revealed earlier this month by Ethical Clothing Australia in the lead up to the Annual Australian Circular Fashion Conference this year that around 2.25 million tonnes of textile, clothing and footwear ends up in the waste each year with an estimated value of $500 million. And if things continue the way they are going, it’s predicted the fashion industry will be using two earth’s worse of resources by 2030 with demand for clothing rising by 63 per cent.

With all of this in mind, there has been a push to end ‘fast fashion’ and for stores to encourage shoppers to bring in their used and unwanted items to be recycled by the clothing giants themselves – rather than dumping them in charity shops where they could end up being ditched in the waste heap. In fact, multiple news outlets revealed earlier this month that French President Emmanuel Macron has even gotten on the bandwagon. Macron announced a fashion industry pact during the G7 summit, with 150 brands across the world agreeing to cut down on the amount of waste and impact the production of clothing is having on the environment.

What are your thoughts on this? Do you still repair broken things when you can? Or do you find yourself throwing more away? Do you think the legislation should also be proposed in Australia, too?