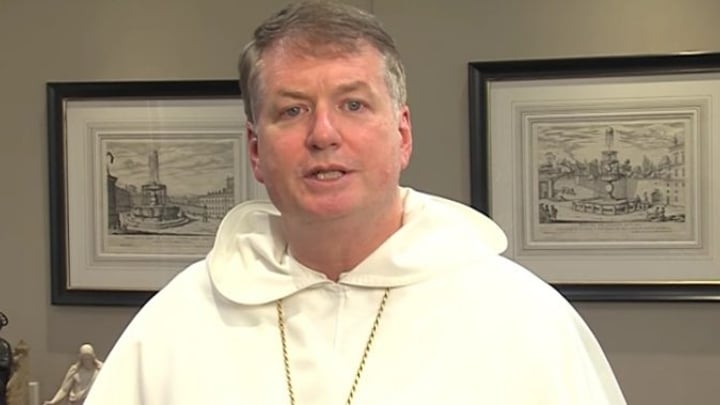 No doubt you’ve been following the Royal Commission into Institutional Responses to Child Sexual Abuse over the past few months.

We’ve heard from convicted priests and some of their victims, and now the attention is turning to the heads of the Catholic church in Australia.

Today two of the church’s most senior Australian leaders fronted the commission, and one of them made an explosive claim about the church’s response to child sex abuse allegations.

According to reports by the ABC, the Archbishop of Sydney Anthony Fisher told the commission that response by catholic leaders amounted to “criminal negligence”.

“It was a kind of criminal negligence to deal with some of the problems that were staring us in the face,” he said.

“In other cases, I think there were people that were just like rabbits in the headlights, they just had no idea what to do, and their performance was appalling.”

Archbishop Fisher is actually the successor to the infamous Cardinal George Pell, who has found himself in the headlines as a result of the commission.

But Archbishop Fisher isn’t the only archbishop to be critical of the church’s response.

Archbishop of Perth Timothy Costelloe told the commission there had been a “catastrophic failure”.

“That can then trickle down to the priests in the parish. I would see that as one of the major causes of this inability to deal with this terrible crisis.”

Three more Archbishops from Brisbane, Melbourne and Adelaide will face the commission tomorrow.

What do you think? Has the church’s response to child sex abuse allegations been a “catastrophic failure”? Do you agree with what the archbishops had to say?