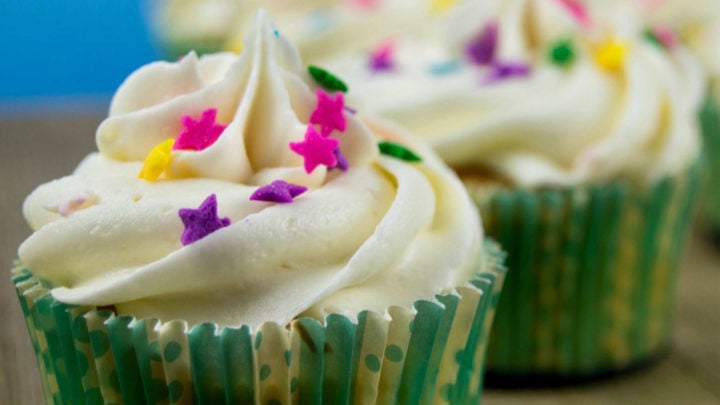 Students have been asked not to bring cupcakes or lolly bags in for birthday celebrations. Source: Getty.

Parents of children who attend a primary school in Perth have been left furious after the school issued a blanket ban on children bringing in cupcakes or lolly bags to celebrate their birthdays.

The school issued a letter to parents this week and advised that from February 17 any child who comes to school on their birthday with “cupcakes, lolly bags or other unhealthy options” will have the food returned home with them at the end of the day.

While the school did cite healthy food choices as playing a part in the move, the principal also claimed the decision had been made so as to be more inclusive to those students with different cultural backgrounds, as well as to lower the potential risk the foods could pose to children with allergies.

“We would ask that parents no longer send students with cupcakes, lolly bags or other unhealthy options for students to share with their classmates to celebrate their birthday,” the letter written by Principal Glen Purdy reads.

“Should a student arrive with such items teachers will no longer hand out items during school time, instead returning them with the student at the end of the day.

“I acknowledge that this may not be a universally popular decision, however it does avoid the risk or a child suffering a potentially life threatening health issue that may arise should they ingest an item they are allergic to, is respectful to the cultural diversity within the school maximising inclusivity, and supports the School and Education Department focus on healthy food choices.”

A screenshot of the letter was also shared on a Facebook group used by parents whose children attend the school, attracting hundreds of comments from parents, many of whom were furious with the school’s decision to ban the popular birthday treats.

One angry mother wrote: “Pathetic! Used to be a great school but seems to have gone to the dogs under this current Principal.” Another commented: “Gosh, I find this incredibly offensive!!
The time and effort I have put in over the years to have this rule enforced on allergy causing foods in the school in general and I get no where because the school can’t force parents to not send these products.

“100% this is due to so called ‘cultural diversity’ and nothing to do with allergies or healthy eating what so ever!! So the school will enforce this rule on a child’s birthday celebration food remove the birthday food from the child and return it to them to take home at the end of the day. Yet a kid brings nuts to school in their lunch and is allowed to consume them but not sitting near the child who suffers the allergy? … How about enforce this rule with the actual allergy foods on a daily basis first then enforce this rule of ruing a kids birthday celebrations with their classmates.”

One parent suggested: “If we’re not allowed to bring cupcakes and unhealthy treats on our child’s birthday can we not bring in a loot bag filled with non edible items?? Like balls, coloured pencils crazy straws you get the idea?? This would mean that no one with allergies would be affected and no child would be given unhealthy food. It would be a very sad day when a child is not allowed to celebrate their birthday at school.”

While another mum, who said she was “pissed”, wrote: “Why didn’t they ask the parents to vote. Out of a school over 500 students, let’s say 125 are of cultural difference. What ever happened to majority rules. Man I’m pissed.”

Others pointed out that they understood the need to tread carefully where students have allergies, however several questioned the need to include cultural diversity as a reason for the change.

One wrote: “You really should have thought this through before deciding to include cultural diversity in this mix of reasons. Now not only have you made the news but you are feeding into the bigotry of those who like to blame minorities for everything. Did somebody actually complain on cultural grounds?”