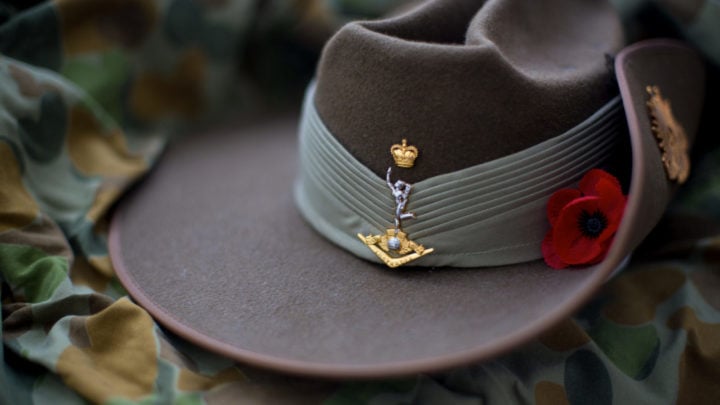 Anzac Day services in Western Australia and Tasmania have been cancelled as coronavirus continues to spread throughout the country. Source: Getty

Anzac Day services in parts of the country have been cancelled for the first time since World War II, with officials claiming it would be too risky for the older population amid the coronavirus outbreak.

Instead of gathering en masse in Western Australia, Tasmania and Queensland Aussies will have to pay their respects to the fallen from the comfort of their own homes for fear the elderly in particular could contract Covid-19.

RSL WA Chief Executive broke the news of Western Australia’s cancellations to ABC Radio on Monday, explaining after thorough discussions over the weekend, the decision to axe commemoration services in the state was the safest option for all. Describing it as a melancholy situation, McCourt said it would be the first time since 1942 that the service had been cancelled.

“Given the prime minister’s announcement that there was a banning of any public gathering of over 500 people, by simple mathematics that would mean the dawn service at Kings Park, the street parade in the CBD and the commemorative service in the Concert Hall are cancelled,” he told ABC Radio.

“The health and wellbeing of veterans, especially our aged veterans – and there are a lot of them – is paramount.”

Meanwhile, RSL Tasmania President Robert Dick told AAP that services throughout his state would also be cancelled to limit the risk of coronavirus spreading. He said it was a tough decision but “public safety and wellbeing is more important”.

“The consequences could be devastating and we don’t want to put people in that position,” he told AAP. “We’re asking people in their own private way to pay respects to our serving and ex-service members. Even if it’s like on Remembrance Day, where you take a moment around 11 o’clock to pause and reflect on those who have gone before.”

Following in their lead, RSL Queensland later announced it too would be cancelling all Anzac Day services across the state in light of the emerging coronavirus public health emergency. In a statement shared on social media President Tony Ferris said it’s the responsible thing to do to ensure the health and wellbeing of all.

Instead Ferris said RSL Queensland is considering options for commemorating the anniversary without placing veterans and the general public at risk.

“It’s very sad that we are not able to commemorate Anzac Day in time-honoured fashion this year, but a public commemoration is not worth risking the health of our older veterans, family members or members of the general public,” he said. “Regardless of the form of this year’s Anzac Day commemoration take, we will always remember the dedication, commitment and sacrifice of our defence forces, past and present.”

Other states and territories around the country are yet to confirm whether official RSL Anzac Day services and parades will go ahead or not this year, with RSL NSW expected to reach a decision on Monday. While RSL Victoria last week said it expected services to go ahead, however CEO, Jamie Twidale stressed that they had a contingency plan should the need arise to call off the state’s Anzac Day events.

The news comes as Woolworths announced the introduction of a seniors-only shopping hour to help the elderly amid the panic buying of toilet paper and other goods across the country. From tomorrow onwards Australia’s older population and those with a disability will have exclusive access to the supermarket from the hours of 7am to 8am.

Only those with a relevant Government issued concession card will be able to enter the stores during this time, with stores then opened to general public from 8am. The revised opening hours are in place at this stage until Friday, March 20, with Woolworths to review opening arrangements at that point.

Do you think it's a good idea to cancel Anzac Day services? What will you do instead to remember the fallen?