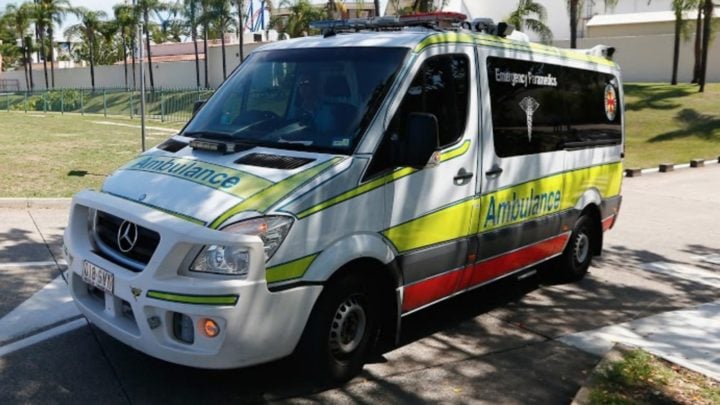 Ambulances have been called out for some very bizarre reasons across Australia. Source: Getty.

Most people will only call paramedics a handful of times in their life, in the case of serious emergencies, but an ambulance boss has now revealed a few are taking advantage of the life-saving service for some seriously shocking reasons.

From sunburn to a bad night’s sleep, Ambulance Victoria has heard some jaw-dropping ’emergencies’ over the last few years. And while the country’s triple-0 services continue to be stretched thin, a top ambulance boss has revealed they continue to have their time wasted by repeat nuisance callers.

A new study, focusing on the number of ambulance call-outs between 2008 and 2015, recently found that emergency vehicles are increasingly being called out to situations that don’t warrant an urgent response – potentially putting those that really need them at greater risk. The research, published in the Prehospital Emergency Care journal, also found call-outs are now increasing faster than population growth would suggest.

“People can’t sleep, people have sunburn or bad dreams. I could go all day”, Mick Stephenson, executive director of clinical operations for Ambulance Victoria, said while discussing the stats on 3AW radio. He explained that Ambulance Victoria now has a system whereby they can attempt to filter the nuisance calls as best they can. Even so, it’s an increasing problem that is wasting valuable resources.

“They work through a well established, internationally recognised algorithm, and they determine based on symptoms, whether or not that illness sounds serious,” he explained of the team working on filtering the calls. “If it’s serious it goes straight through to an emergency dispatch, if it’s not serious it comes through to the secondary referral… The secondary referral is about 30% of the total triple zero case load.”

Asked if they follow up any nuisance calls and attempt to school the people who have wasted their time, he said they often have repeat offenders who call multiple times – and in those cases they speak to them individually. He added: “We do have frequent callers in that they call often and without significant reason and we manage those people individually.”

Read more: Women call ambulance for partners with heart attacks but not themselves

While Stephenson explained it’s best to only call the ambulance in an emergency, he said it’s also worth doing so if you’re genuinely not sure whether you need one – and they can explain options to you. Otherwise, it’s best to refer to your GP.

The discussion left the radio hosts in shock following the call with Stephenson, with them appearing incredulous at how anyone could call an ambulance after waking from a bad dream – with one joking they’d be waiting for their “imaginary ambulance”.

It comes after North West Ambulance Service in the United Kingdom released an audio tape of a ridiculous phone call it received at the start of this year – sparking anger from many online. Sharing the clip on its Twitter page, the ambulance service advised people to make the right call when contacting the emergency services.

“So we got this 999 call on New Year’s Day,” the message read. “A man called us for a DNA test after accusing his partner of cheating. Really though?!” In the recording, an ambulance officer can be heard asking the caller if the patient is breathing.

A man called us for a DNA test after accusing his partner of cheating.

“I’m just calling because my partner has cheated on me,” the man says. Again, because it is the ambulance and the service deals with life and death situations, the operator asks the man again if the patient is breathing.

“Everybody okay,” the man says. “I want you ambulance to come to my house to go do a DNA test.” Frustrated, the operator asks the man why.

“Because my partner has cheated on me,” he says again. The operator then decides to tell the man exactly what the emergency services are for.

Do you think more needs to be done to educate people on the dangers of calling an ambulance when it’s not needed? Have you ever had to call an ambulance?