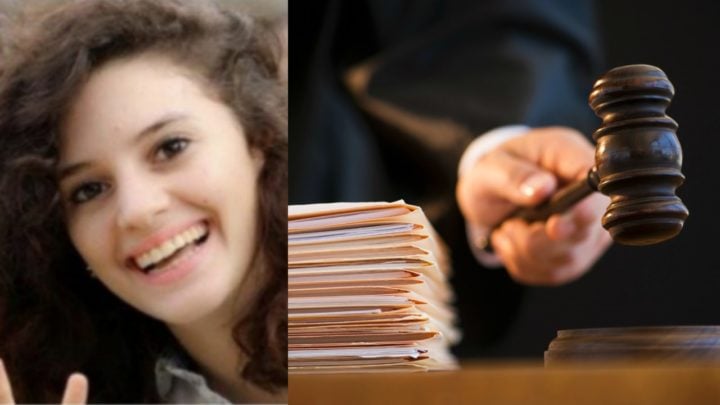 The man arrested on suspicion of the murder of international student Aiia Maasarwe has shocked a courtroom by changing his plea at the last minute – before reversing his decision shortly after.

Codey Herrman appeared in the Supreme Court on Wednesday in relation to the rape and murder of the 21-year-old, who was found dead near a tram stop in Melbourne earlier this year. However, he shocked the courtroom when he was heard changing his plea, news.com.au reports.

Just one week after giving a guilty plea, Herrman answered “not-guilty” in relation to the charges which prompted urgent intervention from his barrister and a do-over – where he reverted to his original guilty plea for both murder and rape.

Aiia’s father Saeed spoke to Nine News after the initial guilty plea claiming he was relieved to hear the man would be locked up in prison unable to hurt anyone else.

“Now he’s in the jail he cannot hurt any more people, not take the life of more people,” he told the news outlet from the family home in Israel.

“This is (a) better feeling, because you know, this is not freedom – he’s in the jail where he should be.”

However, the loving dad explained it hasn’t dulled the pain and heartache of losing his daughter who admitted the family is still struggling to get by.

“All the day all the night, all the time, any place you go you think about this,” Saeed added.

Aiia’s body was discovered outside a shopping centre at about 7am by passers-by on their morning commute on January 16 this year.

It’s believed the 21-year-old, who had only been in Melbourne for five months and was studying at La Trobe University, was attacked the night before on her way home from a comedy club in North Melbourne.

According to police, Aiia had caught the 86 tram from a Bourke Street stop to the suburb of Bundoora, around 16km north of the CBD and not far from where her body was located.

Read more: Thousands of mourners pay their respects as Aiia Maasarwe is laid to rest

Shockingly, Aiia was speaking to her sister, who lives overseas, on her phone when the attack occurred.

“She was actually talking to her sister, we’re pretty certain she was involved in a conversation with her sister, who is overseas, at the time of the attack,” Detective Inspector Andrew Stamper confirmed in a press conference at the time.

Just days after her body was discovered, police arrested Herrman in relation to her death.

Hermann will return to court on October 1.