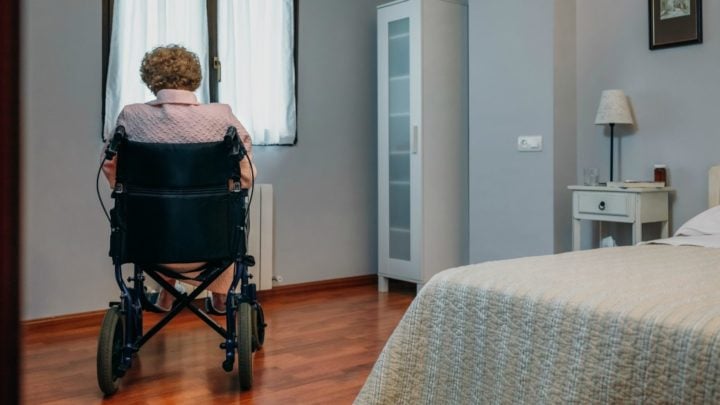 "Elder abuse breeds in a culture of silence. We must bring it into the open." Source: Getty

An aged care worker has faced court in Sydney this week over allegations she slapped an elderly dementia patient across the mouth and stuffed wet wipes into her mouth.

Anita Prajapati, appeared in Manly Local Court on Monday after reports were made about the alleged incident against the woman in her 80s at Peter Cosgrove House in Narrabeen, according to The Daily Telegraph.

The court heard Prajapati was accused of assaulting the patient at the RSL LifeCare “War Vets” home in November last year by a work colleague who had witnessed the alleged event. The incident was reported to management who then told the police, leading to Prajapati being charged with one count of common assault.

According to the publication, the co-worker told the court that she and Prajapati had been helping to move the patient from a chair to her bed when the woman screamed out.

It is alleged Prajapati then slapped the patient in the mouth and said “stop that”.  Prajapati is then accused of putting a wet wipe in the elderly woman’s mouth after she screamed out again when they were trying to undress her.

“(Prajapati) put the wet wipe in her mouth and said ‘I told you to stop that’,” Daley reportedly told her court.

“It ended up scrunched up in her mouth.”

Prajapati has reportedly pleaded not-guilty to the charge, claiming she had actually been wiping food from the patient’s mouth. According to The Daily Telegraph Prajapati said she had asked the patient how she was, helped her undress and turned on the television before leaving the room.

Magistrate Michelle Goodwin has adjourned the case to Manly Local Court on July 5.

The case follows the launch of a free to call helpline for elderly Australians to report instances of abuse, as part of the Coalition’s four-year national plan to combat the issue.

Attorney-General Christian Porter announced the news in March, stating that the national hotline will enable older people, living anywhere in Australia, to discuss potential or actual incidences of elder abuse.

“1800 ELDERHelp (1800 353 374) will connect callers from anywhere in Australia to a state or territory phone line where they can discuss potential or actual elder abuse and get the information and referrals they need to protect themselves,” Porter said.

“Getting assistance or advice is an important step in empowering older Australians to address issues affecting them.”

In addition to the helpline, Porter also revealed that the National Plan to Respond to the Abuse of Older Australians will also include $18 million in funding over four years for national trials of frontline services designed to support older people who are victims of abuse.

“Our population is ageing and the release of this National Plan reflects the commitment of our nation’s governments at both the federal and state/territory level to work together to ensure that older Australians can feel and be safe and supported in their later years,” the Attorney-General added. “By 2056 it is estimated that 22 per cent of Australians or 8.7 million people will be aged over 65, up from 15 per in 2016.

Have you been following this story? What do you think needs to be done to tackle the issue of elder abuse?