‘Miss them so much’: Father of kids killed in murder suicide speaks one year on 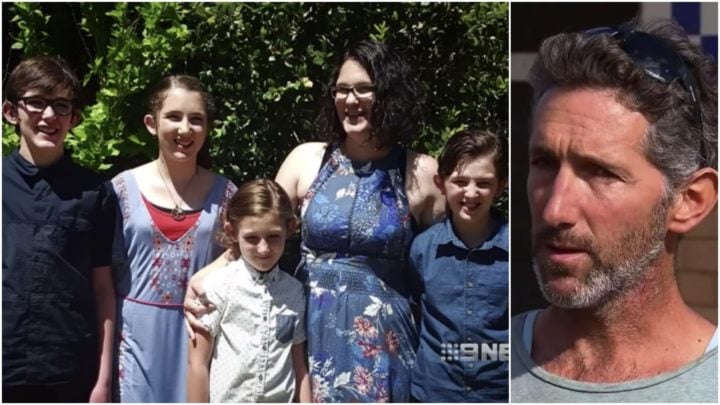 Aaron Cockman spoke on the eve of the first anniversary of his children's deaths. Source: YouTube/Nine News Perth.

The father of four children who were killed in Australia’s worst recent mass shooting, after seven people were found dead at a farm in WA’S Margaret River on May 11 last year, has opened up about his ongoing grief.

Aaron Cockman has spoken out, one year on from the devastating incident, revealing he still can’t look at photos or watch videos of his deceased children, reports WA Today.

I still can’t look at photos of the kids,” the 41-year-old told the news outlet on Friday. “I haven’t even looked at any video footage since they died. I can’t.

Cockman’s four children, Taye, 13, Rylan, 12, Arye, 10, and Kadyn, 8, were found dead at their grandparent’s farm one year ago today, alongside their mother Katrina, 35, grandfather Peter Miles, 61 and grandmother Cynda, 58.

Police believe that Peter Miles fatally shot his family before making a two-minute 000 call, then turning the gun on himself.

Cockman added: “Some days, I just can’t deal with the memories and I try and pretend it didn’t happen. Trying to stay on top of being alive is hard enough, let alone trying to deal with the emotional rollercoaster of your own thoughts and memories.”

Cockman, who had separated from Katrina prior to the incident, initially spoke out just two days after his children’s deaths, telling reporters at the time that he was not angry with his ex-father-in-law, despite being filled with “tremendous sadness”.

He also revealed his one piece of solace in the tragedy was that “all the kids died peacefully in their beds”.

“I had one question this morning, I just asked … was Kayden in his own bed or was he sleeping with Kat?” he said.

“He’s still at that age where he still sleeps with Kat and I was told ‘yes’, he was in Kat’s bed.”

Cockman also spoke out about Mr Miles, who owned all three firearms found at the Osmington property.

“I still love who Peter was. If it wasn’t for him, I wouldn’t have Katrina, I wouldn’t have her kids,” Aaron Cockman told reporters, speaking publicly for the first time since the tragedy,” he said.

“If it had to happen, there is no better person than that.”

Do you remember this story? Have you ever lost a loved one in tragic circumstances? How did you come to terms with the loss?