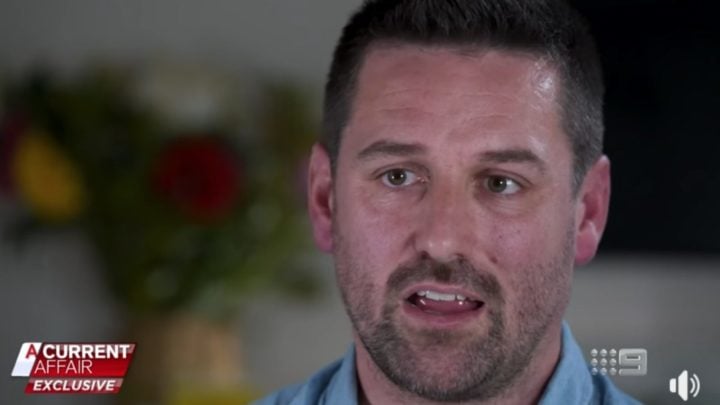 John O'Brien has now spoken out about that harrowing day. Source: Facebook - A Current Affair

A devoted father who lost his wife and baby in a terrible explosion has spoken out about how he was able to rebuild his life and find love again five years on.

In 2014, a deliberately-lit fire tore through a shop and adjoining buildings at Rozelle, in Sydney’s inner west. One of those buildings, was where John O’Brien lived with his wife Bianka and their 11-month-old son, Jude – both were tragically killed in the blaze.

O’Brien has now spoken out about that harrowing day, telling A Current Affair: “At that point I’m trying to calm myself down, I’m thinking, it’s going to be okay, it couldn’t be me, it’s not me, it happens to everybody else, it doesn’t happen to you – the old story.”

In the early hours of that morning, before the fire, O’Brien decided to head to work early, leaving Bianka at home with their 11-month-old son. He said he initially blamed himself for not being there to save his family.

“You hear all those heroics about people saving people from burning buildings and you are like, I could have done that, or at least die trying – so yeah, sure, you do and I did blame myself for a fair while,” he added. “But then you go, if you are real about it, if you are actually honest about it, there would have been four dead bodies there, not just three.”

The owner of the shop caught in the blaze, Adeel Khan, was found guilty of the manslaughter of O’Brian’s wife and their son, and the murder of neighbour Chris Noble. According to multiple reports, Khan had set the fatal fire in an attempt to secure a $225,000 insurance payout.

“I was thinking this could be something that haunts me for the rest of my days,” he said. “I was so used to my wife and child… when that’s all gone, you have this awful time in the early hours of the morning where it’s just you.”

In the wake of the fire, O’Brien, however, managed to find love again and is now married with two beautiful daughter – Abby and Millie. He went on to marry Michelle Mineham, a journalist who worked as a journalist for the police.

Many viewers at home were quick to send messages of support through on social media, with one writing: “So sad, hearing what this poor guy has gone through but so happy he could find love again with someone who was there for him from the beginning and understands what he has been through. My heart goes out to you and your new life.

Another added: “Heartbreaking for him to have gone through such a tragedy. Bless his heart. So Happy he has a beautiful wife & two beautiful girls, he deserves to be happy.”

While a third wrote: “An inspiring story of a brave hearted man. Happy beginning but tragedy struck him so hard but with his positivity mindset he found his love again. A happy ending. God bless his family.”

Did you watch this story on A Current Affair last night? What are your thoughts on this?