‘I wanted to leave’: Anne Tenney opens up on heartbreaking A Country Practice death 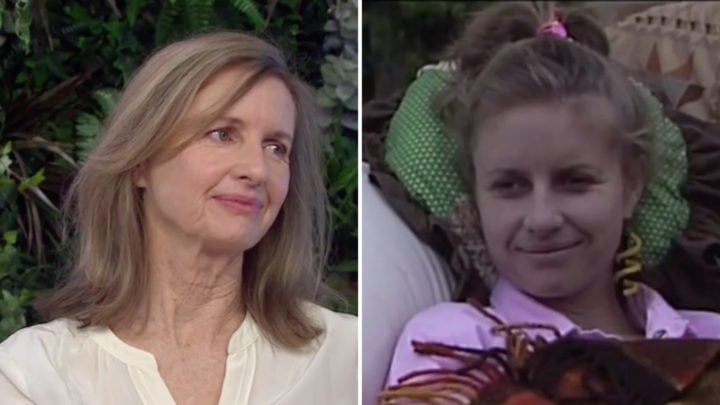 Appearing on The Morning Show earlier this week, Anne Tenney confirmed it was her decision to leave A Country Practice. Source: Twitter.com/TheMorningShow

There’s been plenty of devastating deaths on Australian TV shows over the years but one that entertainment lovers are still coming to terms with is that of Molly Jones.

Played by actress Anne Tenney, Molly was one of A Country Practice’s favourite characters and her death after a 10-week battle with leukaemia left Aussies heartbroken in 1984.

Tenney appeared on The Morning Show earlier this week where she discussed the impact her character’s death had on her life and what it feels like talking about Molly’s death after all these decades.

Hosts Larry Emdur and Kylie Gillies were curious to know whether Tenney – now 65 – understood the significance of the death scene when she was filming it. She explained Molly was so popular that she had fans from the age of five to 92 and knew the death was going to have a huge impact.

Anne Tenney has played some of our favourite on-screen mums, and we're looking back at her most iconic roles. #TMS7 pic.twitter.com/74g8frud5D

“I knew a lot of people would be quite affected by it,” she admitted.

Around 2.2 million people watched Molly’s death episode, making it one of the year’s biggest TV events. Fans will recall Molly was the wife of Wandin Valley Hospital nurse Brendan Jones, played by Tenney’s real-life husband Shane Withington, as well as the mother of Chloe and parent to Doris the alcohol-loving pig.

Before she was taken down in her prime by leukaemia, Molly had already lost a baby and had fallen off a ladder. In the moments before her death, fans will recall a wan-looking Molly was lying on a lounge in the garden, watching Brendan and their daughter Chloe flying a kite.

The camera showed the kite from Molly’s point of view and eventually, the picture started to fade out. The final scene showed a desperate Brendan running towards the camera and shouting, “Molly”.

Tenney admitted it was her decision to depart the popular show to pursue other roles and that she actually wanted to leave a year before Molly’s final scenes played out on screens. Producers convinced her to stay on so they could write the character out well. If the processed was rushed, Molly could have been simply hit by a truck.

“Thank goodness you didn’t get hit by a truck,” Emdur quipped. “Because then Home and Away couldn’t have used that 20 times.”

The Castle star added it was a bit of a process to write Molly out of the show in the correct way.

“It was difficult. They had that choice of breaking up Brendon and Molly and they didn’t want to divorce or anything like that,” she said.

The star also admitted that the final scene was inspired by the 1983 film Terms of Endearment, where a main character was also diagnosed with terminal cancer.

Following Molly’s death, Brendan took to drinking, while Tenney went on to appear in a string of other successful movies and TV shows including The Castle, Always Greener and Headland.

Elsewhere in the interview, she explained that she met her husband on the set of A Country Practice and that they’re still together after all these years.

Do you remember watching A Country Practice? Did Molly’s death make you cry?