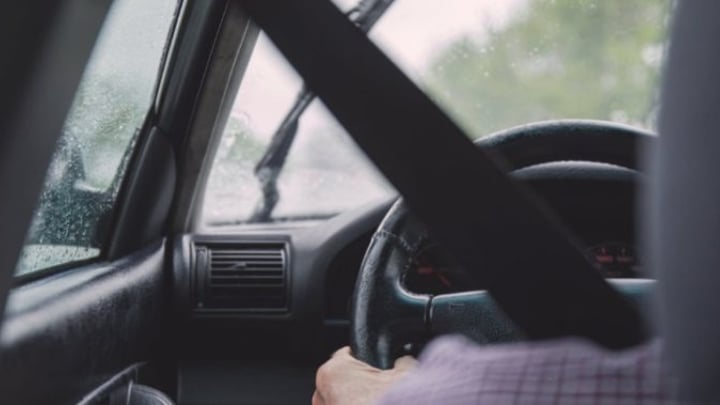 There are calls for older people to be forced off the roads. Image source: Pexels (Stock photo used)

The campaign to kick older drivers off the road has gone international after an 84-year-old woman was found guilty of causing an accident that forced a loving husband to run over and kill his wife.

The Sun reports that Jean Williams was driving in the UK, when she tried to overtake a tractor just before a sharp bend in the road.

Vanessa McAloon, 48, was riding her motorcycle in the oncoming lane, with her 52-year-old husband, Jim, on a separate motorcycle behind her. Vanessa was forced to slam her breaks to avoid being hit by Williams’ Vauxhall Corsa and was thrown from her bike. Jim, who was seconds behind her on his own motorcycle, accidentally struck his wife when he came around the bend.

Vanessa died of her injuries, and the incident was made even more tragic by the fact the couple were on a ride to celebrate her final round of chemotherapy to beat cancer.

Swansea Crown Court found Williams guilty of causing death by careless driving and handed her a one year prison sentence suspended for two years. The somewhat lenient sentence was partly due to her age and means she will avoid jail completely, providing she doesn’t cause any more car accidents in the next two years. She was also banned from driving for two years, with Judge Geraint Walters saying it was punishment enough for Williams to “live with the horror” of her actions.

The sentence didn’t sit well with Vanessa’s family, who were devastated by the accident. Angry Brits commented on The Sun’s story that Williams shouldn’t have been behind the wheel at her age and called for older drivers to be kicked off the road.

“A tragic story all because an 84 year old woman driving when she appears not to have the driving awareness, speed of action and understanding basic road safety. I hope she never drives again,” one commenter wrote.

“The old lady should have been banned for life. She is obviously a danger on the road,” said another.

In Australia, older drivers could face tough new licensing restrictions amid claims they are a danger to other drivers and themselves. Sue Jenkins started a petition to restrict driving rights for older drivers after an 87-year-old man was found guilty of hitting her son, who was on a motorbike, and killing him. The man, who had recently passed a drivers test, failed to see Jenkins’ son as he was turning a corner.

Jenkins says the current driving test is inadequate and has called for further restrictions and annual driving tests to be implemented to make it tougher for elderly drivers to get behind the wheel. She also said the government needs to crack down on older drivers, noting that their independence isn’t reason enough to put others in danger.

It comes after a recent report published in the Herald Sun found that more than 50 per cent of Victorian drivers said older people should lose their licences when they reach a certain age. That data, gathered by website Finder.com.au, found that most drivers think people should be forced to hand over their licences before reaching the age of 80. As many as 60 per cent of drivers support calls for compulsory licence removals.

What do you think? Would forcing older people off the roads actually save more lives?