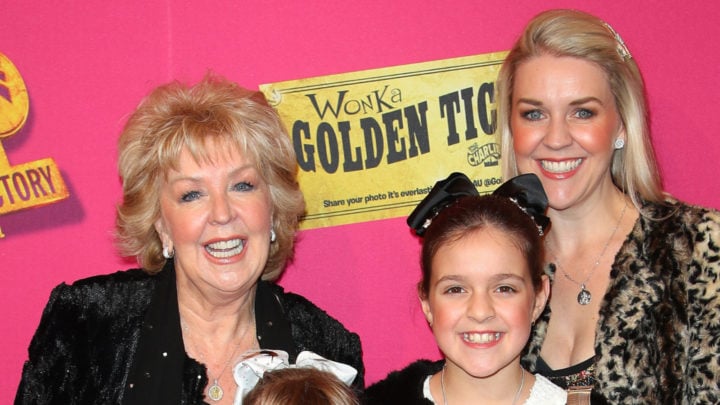 Patti Newton looked lovely as she posed for snaps with her daughter Lauren and two of her grandkids at the Charlie and the Chocolate Factory opening night in Melbourne. Source: Getty

There is no denying Patti Newton’s strong resemblance to her daughter Lauren, and it seems the two are becoming more alike as the years go by – with their strikingly similar looks on full display as they posed for snaps at an event this week.

The doting grandma stepped out with the her gorgeous daughter on Thursday evening, along with two of her grandkids in tow, for the opening night of the ‘Charlie and the Chocolate Factory’ production in Melbourne. The family resemblance was obvious in snaps taken at the event at Her Majesty’s Theatre, with Patti’s beautiful smile mirrored in her younger family members.

Both mother and daughter sported huge smiles on their faces while posing for photos alongside Lauren’s children Eva and Lola, with the pair even choosing similar clothing for the fun family outing. While many children would no doubt avoid similar outfits to their parents, it didn’t phase the popular mum and daughter duo, who both opted for leopard print at the event. 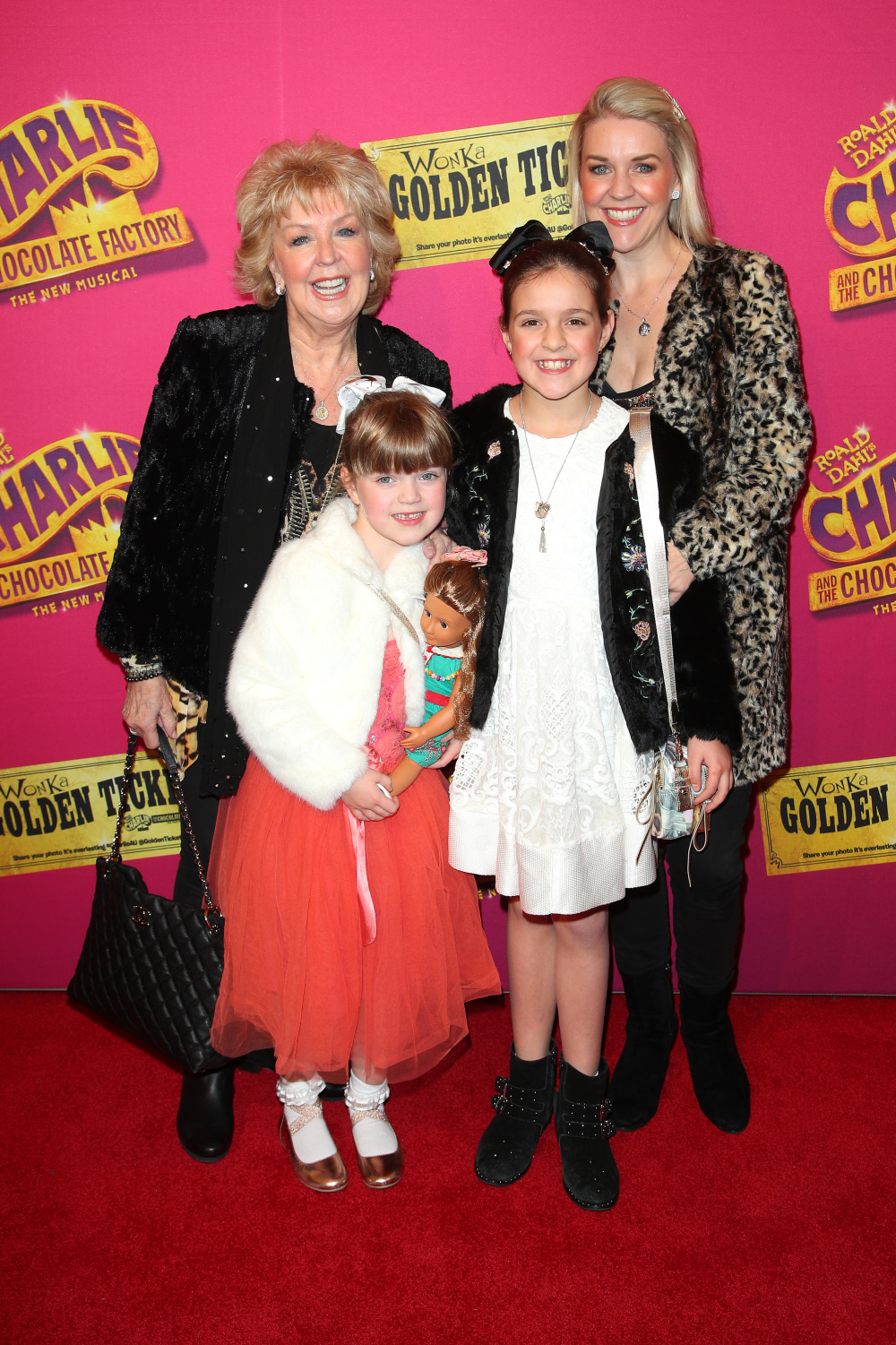 Patti looked as beautiful as ever in a bold leopard-print top, black pants and a black jacket, while Lauren matched in a black top, comfy leopard-print jacket and skinny black jeans. Meanwhile, both even chose similar accessories with sparkling silver earrings and necklaces.

Lauren’s daughters didn’t choose to follow in their mum and grandma’s footsteps though with adorable Eva adding a pop of colour to their family photo in a pretty orange dress, a fluffy white jacket and cute ballet flats. She wore her hair up in big bun and completed the look with a white bow.

Lola on the other hand went for a beautiful white lace dress, black jacket with embroidered flowers and quirky black boots with silver studs. Looking very grown up, Patti’s granddaughter wore a silver handbag over her shoulder and opted for a big black bow in her hair.

The family were all dressed up to see the new ‘Charlie and the Chocolate Factory’ production in Victoria’s capital which follows the same story as the Roald Dahl favourite Willy Wonka and the Chocolate Factory. The show features many of the favourite songs from the original 1971 film, including ‘Pure Imagination’, ‘The Candy Man’and ‘I’ve Got a Golden Ticket’, as well as brand new tunes.

The Newton family are known to enjoy shows together, with Patti last spotted in July at ‘Disney on Ice’ with daughter Lauren and three of her children. Cosied up in a big brown coat for the event, the grandmother stood proudly alongside little Monty and his older sisters Eva and Lola in front of two talented performers dressed as popular Frozen characters Elsa and Anna in snaps taken at the event.

Taking to social media to share the images the loving grandma wrote: “We absolutely loved Disney on Ice last night. Great production and lots of fun.”

Patti’s second eldest grandchild Lola looked very grown up in a white striped shirt and leopard print jacket, matching with her mum Lauren who also sported a coat in a similar pattern. Meanwhile, Lola was absolutely adorable in a bright pink jacket, multi-coloured skirt and yellow flower headband. Little Monty on the other hand was the cosiest of the lot in a cute onesie.

Monty loved the show as much as the doughnut!!!! #disneyonice2019

The second youngest of Lauren and husband Matt’s children had an outfit change throughout the event, looking incredibly cute in a second photo posted on social media by his grandmother. Monty sported a huge smile on his face as he waved to the camera with a tasty looking doughnut in his other hand.

“Monty loved the show as much as the doughnut!” Patti wrote alongside the image.

Are you a fan of Patti Newton? What do you like to do when you have time with your grandkids?