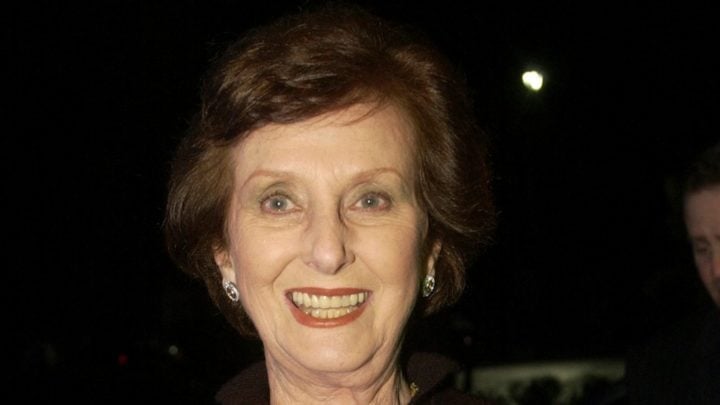 She’s an expert in teaching etiquette and deportment to women, having started the Southern Hemisphere’s first personal development school, but June Dally-Watkins has now sparked a very heated debate after claiming some popular clothes today actually make you look “cheap”.

Speaking to The Courier Mail, Dally-Watkins slammed shorter styles in modern society, claiming skirts should sit no higher than just above the knee – while also claiming posture is key to make people look more ladylike. In fact, she claimed shorter shorts should only be worn at the beach.

“To go out wearing shorts is wrong. Shorts are meant for the beach,” she told the news outlet. “I like to see dresses that are about one inch above the knee and that’s where it should be.

“I belong to this generation too and I don’t want to see ladies or girls who are wearing shorts or short skirts because they look cheap. They think they look fashionable, but they look cheap and I think that to be a lady is very, very important, whatever your age. Be a lady, be elegant.”

While fashion is a constantly changing game, with styles moving on dramatically in recent years, Dally-Watkins claimed people should move back to older traditions of keeping hemlines around their knees or lower. However, it was today’s models that really infuriated her, as she said she’s “appalled” by how many of them carry themselves now – with their posture making them look like “zombies”.

The former model insisted women should follow in the footsteps of everyone from Nicole Kidman to the Duchess of Cambridge, both of whom are well known for their beautiful postures. But while many people will undoubtedly agree with her statements, not everyone took them well.

Aussie radio star Mel Greig has previous experience at Dally-Watkins’ academy, but slammed her words on today’s fashion – insisting women should be able to wear what they like. Appearing on the Today show, she said: “When I went to see her she said, ‘Mel, you need to put your shoulders back, your chin up, and how do you eat like that it’s going all in your cleavage? And why are you showing your boobs like that?’

“Well June, they’re normal, and women can have their cleavage out like this. She is so out of touch. Girls, women, everyone can wear whatever they want, short shorts, short skirts, it’s fine June just chill a little.”

Author Andrew Daddo agreed with Mel to an extent on the show, but said: “There’s a time and a place.” He used the example of wearing his Speedos in his backyard while mowing the lawn, to which Mel insisted he could do it naked if he wanted – it’s his own backyard.

The TV debate sparked another reaction online, as one woman commented: “I like to wear cleavage sometimes but at least I can admit it looks a bit cheap,” while another added: “It depends on where you wear them & with what. But she’s right. Though modern woman won’t like it & will be ‘outraged ‘lol. The truth hurts.”

However, others agreed with Mel with one brutally saying: “It looks better than the Mary Poppins look June,” while another added: “We CAN wear what we like if want to look cheap. She’s not even on topic here. Wear short shorts to Coles, but people in their heads are saying CHEAP, TACKY. Up to you. My opinion only.”