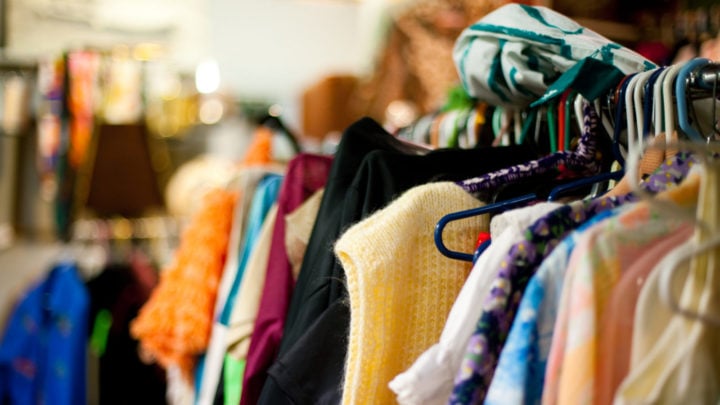 Action is being taken to crack down on fast fashion and the massive amount of clothing waste. Source: Getty

The days of bagging a bargain at a charity store – with an expensive and sought-after piece of clothing catching your eye – has become a thing of the past in recent years, as the “fast fashion” takeover dramatically takes over.

While when Baby Boomers were younger it would prove a piece of cake to browse through a Vinnies or Salvation Army and find a designer piece, if you’ve trawled the aisles recently you’ll have noticed that the high-end quality gems that used to be the reward of your time are few and far between. The reason for this? In recent years there has been a significant rise in ‘fast fashion’, the term used to describe clothes which mirror the high end items seen on the catwalk but are developed at a high speed and low cost.

While buying cheaply may seem like a dream, the huge amount of these items is causing a problem for the environment with tonnes of clothing ending up in the waste as people have no desire to mend and make do when the items become damaged. The thought of pulling out a sewing machine or needle and thread to stitch a broken hem up is not an option for shoppers anymore, as was once a common practice.

Although many of the clothing items end up in the charity stores, there is no one who wants them because they can buy the same piece of clothing brand new for a similar price. And so, instead of getting years of wear out of a top of pair of pants, they end up at the dump.

Shockingly, it was revealed by Ethical Clothing Australia in the lead up to the Annual Australian Circular Fashion Conference this year that around 2.25 million tonnes of textile, clothing and footwear ends up in the waste each year with an estimated value of $500 million. And if things continue the way they are going, it’s predicted the fashion industry will be using two earth’s worse of resources by 2030 with demand for clothing rising by 63 per cent.

With all of this in mind, there has been a push to end ‘fast fashion’ and for stores to encourage shoppers to bring in their used and unwanted items to be recycled by the clothing giants themselves – rather than dumping them in charity shops where they could end up being ditched in the waste heap. In fact, multiple news outlets revealed last week that French President Emmanuel Macron has even gotten on the bandwagon. Macron announced a fashion industry pact during the G7 summit just days ago, with 150 brands across the world agreeing to cut down on the amount of waste and impact the production of clothing is having on the environment.

This includes popular brands H&M and Zara, which have reportedly set up collection boxes for customers to donate old items which can in turn be recycled into new garments.  Meanwhile, multiple news outlets report the agreement also sets out goals to eliminate single-use plastics from packaging by 2030 and creating zero greenhouse gas emissions by 2050.

The plan to crack down on fast fashion has been a long time coming, with research by YouGov Omnibus revealing back in 2017 that one in three Aussies were throwing away clothes after wearing them just once. The study also found that 75 per cent of adults had chucked clothes away in the in 2016 alone.

It was a sharp contrast to decades earlier when mend-and-make-do was the norm, and it was reflected in the statistics – while 38 per cent of Millennials (people born after 1981) recorded buying at least half of the clothes they own in the the 12 months prior, just 9 per cent of Baby Boomers (people aged over 55) said the same. The study also found that Millennials were “less likely to get rid of their unwanted clothes through sustainable means” than older Aussies.

On top of this, the study revealed just under a quarter of Millennials had thrown away clothes because they are bored with wearing them, while just half as many Baby Boomers did the same – perhaps because they were more likely to purchase quality, classic items that better stand the test of time.

Speaking about the study at the time, YouGov spokesman Jake Gammon claimed the younger generation were storing up a big wastage problem. “Looking ahead to the future, there is a worrying trend among Millennials, their propensity to dispose of clothing at a faster rate and using less sustainable means than older generations suggests that there is an uphill battle ahead for those keen to tackle this issue head on,” he warned.

While the fears that shoppers are contributing to environmental distress, Global Fashion Agenda’s Pulse report for 2019 revealed there is a move towards more eco-friendly clothing. According to the data, more than 50 per cent of consumers would be willing to do away with brands that harm the environment and choose a socially friendly alternative.

What do you think needs to be done to stop fast fashion? Do you choose environmentally friendly clothing options?