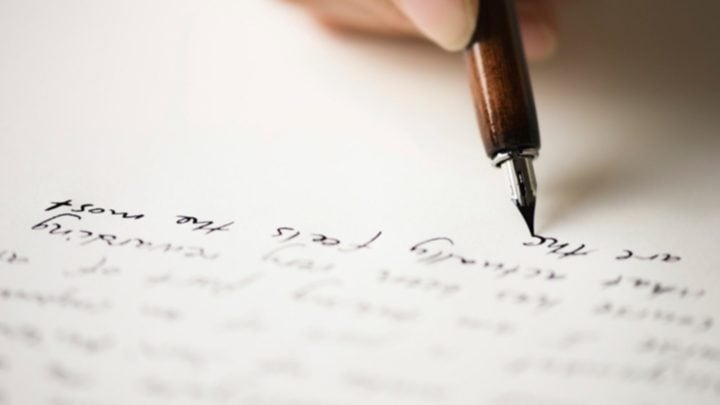 The woman got a very blunt response when she shared her concerns.

A woman has received a very blunt response after sharing her fears that she’s thrown her life away and hasn’t fulfilled any of her dreams as she approaches her 60th birthday.

While everyone has life goals they set out for themselves – whether they have a certain milestone in their mind to achieve them by or not – one woman wrote to the Daily Mail‘s Bel Mooney advice column to reveal she’s now in “total despair” because she feels like her life has been a failure.

“I am approaching my 60th birthday and I feel my life has been one long mess, and that I’ve always squandered opportunities and am coming to the end of things with nothing,” she began

The worried woman went on to reveal she doesn’t feel old for her age, but added: “But I have never been and now feel finished — with no opportunity to make good on anything.”

From a difficult background growing up, to marrying young despite not being in love with her other half, she then detailed a number of life choices she’s made that she now regrets.

After splitting from her husband, she told Bel she then began a romance with a married man who had two kids and while they’re still in touch now, she knows nothing will come of it.

“One of my friends, who’s 34, is getting married this year, and while I’m happy for her, this underlines what I’ve thrown away. With no guidance in youth, I hoped I’d learn and make sensible choices — but didn’t. Now it’s too late,” she wrote.

“At the stage when people relish their freedom, I’m terrified as I have nothing. No family (all dead for more than 20 years) so it’s just me.

“I have good friends, but they have inheritances, whereas I have zero to fall back on. I feel in total despair about what to do. I don’t want to be a pensioner not working. It’s a bitter irony that I feel not only finished, but never started.

Bel didn’t hold back in her response, as she gave the woman some home truths and reminded her she would likely have many happy years ahead of her if she begun to take control of her life choices straight away.

“Sometimes the only way to make the best of your life is to accept that it is your very own, that you can put yourself in charge, that the bad choices you made in the past are long gone, and new ones lie ahead. So head up!” she began.

However she then added: “Your (very long originally) email piles up negatives until they become as intolerable to the reader as they are to you yourself.

“Yes, you had a bad start in life — as many, many people do. But damaging as that is, it does not have to leave an indelible mark, like an unwise, ugly tattoo.”

Going through each of the situations the woman had mentioned previously, Bel then explained that they could happen to anyone – and shouldn’t hold her back in her future.

“You have to haul yourself into the present — right now. You’re a youthful 60, hopefully with years of life ahead. So print out your whole problem, take a pen and circle all defeatist negative remarks,” she added.

Bel advised her to print out each of the negative words and comments, scrunch up the paper and hold it in her hand and slowly let it drop down to the floor.

Finally she advised the woman to speak to friends, as that’s what they’re there for, or even reach out to a therapist for further help and guidance.

What do you think of the response? Was it the right advice? Have you ever felt like this?