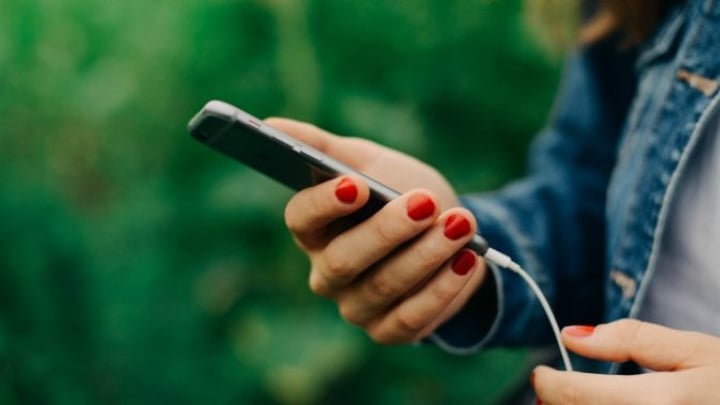 Many parents nowadays spend hours a day looking at their phones. Source: Getty

The days of placidly watching on as your kids run around the backyard or climb the monkey bars at the local park seem to be over, as parents increasingly bury their heads in their devices rather than engage with their children.

While it’s no surprise that parents have become more easily distracted by technology over the past decade what with the advances in smartphones, one grandmother says she’s sick of seeing mums and dads pay more attention to their screens than their kids.

Writing on Gransnet, the woman described two young families she’d seen at the beach that morning where she noticed the children calling out to their mums to look at their sandcastles only to be ignored because mum was too busy scrolling through her phone.

“I just thought how sad that todays Mums always seem glued to their phones whether they are on the beach are in a park or cafe. They never seem to talk to their little ones,” she wrote. “Children grow up so quickly, in a couple of years they wont bother asking Mum to see sandcastles.”

She was backed up by others on the site who expressed their own disappointment at modern parents missing out on the small moments as their kids grow up. One woman described seeing a father sitting at a cafe with his daughter, whom he ignored in favour of his phone throughout their entire meal, while another said she’d only recently seen a mother push her pram onto the road to cross without even looking up from her device.

The rise of ‘digital parents’ has sparked numerous studies into the effects of technology and the relationship between parent and child and they’ve found that too much screen time for both parties can be harmful.

One recent study found that parents who spend significant amounts of time of their phones, computers or digital devices during family time could be negatively impacting their relationship with their children and causing behavioural problems for their kids over time.

The Illinois State University and University of Michigan Medical School study, published in the Pediatric Research Journal, found neglecting children in favour of looking at smartphones can cause children to feel frustrated, and to sulk, whinge, throw tantrums or even experience hyperactivity.

And while parents in every generation have always found ways to distract themselves while their kids play, whether it was gossiping down a landline or reading a magazine, the constant presence of smartphones and tablets has made distraction a 24/7 temptation.

According to the researchers from the Illinois State University, too much tech time creates a vicious circle of problems between parents and kids. Study author Brandon T. McDaniel said: “In other words, parents who have children with more externalising problems become more stressed, which may lead to their greater withdrawal with technology, which in turn may contribute to more child externalising problems.”

What are your thoughts on this? Do you think parents spend too much time on their phones these days? Do you have a rule for screen time when you’re around your grandkids?