How soon is too soon? Over-60s discuss moving on from a spouse’s death 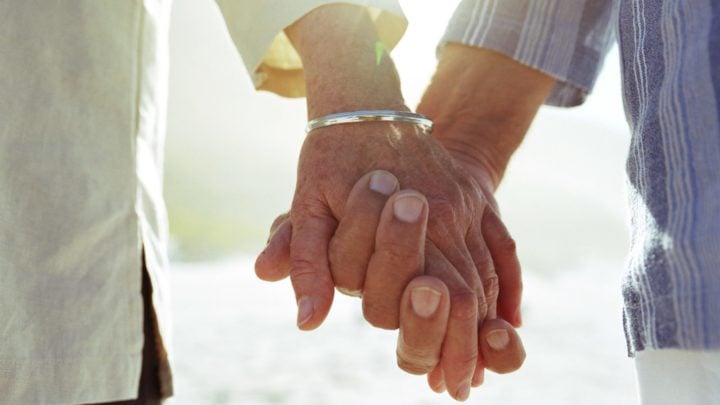 Moving on from a husband or wife’s death can take people years, with some choosing never to look for love again. But how soon is too soon to fall for someone new? And should there ever really be a timeframe when it comes to happiness?

Over-60s have shared their own experiences overcoming the grief of losing a life partner with Starts at 60 – discussing whether they think there’s a certain amount of time people should wait before looking for love again.

While most people agreed there shouldn’t be a set period, others insisted it was more respectful to wait several months.

“I was widowed 5 years ago. It was not until late last year at the urging of friends that I tried finding a date online. I lasted about a week but couldn’t be bothered after that,” Judy Elsworthy explained of her own situation.

“In my case the fellows simply did not match up with my late husband. Many of them only wanted a nurse/sex partner/mother. So the answer is you will know your gut will tell you when the timing is right and don’t let anyone tell you it’s too soon or too late either, it’s personal.”

Indeed, her opinion is echoed by CEO of Relationships Australia NSW, Elisabeth Shaw, who said some people may see moving on as a form of “betrayal” – but really, the amount of time you wait doesn’t represent the depth of love you had for your late partner.

“The length of grieving, or being alone, is in fact no measure of your dead spouse’s value. It may be that you grieve them even while re-partnered, and on some level always will,” she explained.

Sharing her own thoughts, Marjorie Nicholson said it’s important not to generalise as everyone is different and added: “You will know when the time is right for you, be it weeks, months or years.” And Lesley Woods agreed, adding: “Everyone should mourn their own way and take all the time they need.”

However, many pointed out that a key factor to consider is the effect it could have on those around you – particularly your children

While Louise Tamsay said there’s no timeframe on moving on, she insisted the family must be able to cope with the new changes. And June McGhee agreed, adding: “We aren’t machines and can’t be expected to act like one; but there are always others to consider.”

Family opinions will affect many over-60s and Shaw warned that some children can often be “judgemental” when their parent first starts seeing someone new – amid fears they could be “ripped off”.

“This too can affect others’ acceptance of a new partner,” she said. But it’s not just children that can have their own opinions.

“In society there are still a lot of negative stereotypes about love and sex in the later years, and whether you should be ‘past it’ or should prefer other sorts of hobbies and interests,” Shaw added. “Indeed one’s partnered friends can be the most judgemental about this!”

But while some people are looking for a new love, others simply crave companionship amid fears of getting lonely as they get older.

Offering his own opinion, Kevin Stone said: “Loneliness becomes a major life issue in looking for companionship or a new love in your life.”

Meanwhile Susan Sommers explained that she lost her husband three years ago and said while she’s not looking for a new love, she’d like “a friend to go out to a movie or dinner or just a card game”.

On the other side of the debate, some people argued that there should be a reasonable time period before moving on.

Dorothy Stumer, who is divorced from her husband, said “anything from a couple of months to a couple of years” is a good time period, “depending how close you were to your spouse at the time of their demise”.

Meanwhile, Dee Bickley claimed it’s best not to make any life changing decisions for at least two years, and Croydon Bush added: “It’s not just about the partner who is left but the family who also grieve and have respect and empathy for them. So yes I am for time limits. 12 to at least 18 months at the minimum.”

Either way, Shaw pointed out that a major factor to take into account is how happy the marriage was before the partner’s death. In some cases, it may have been growing distant for some time.

“It may not have been a completely happy relationship, even if to the outside world it looked that way,” Shaw explained. “Meaning that the death could feel quite different in its significance, compared to others who see the death as the start of the grieving process. It may be that the bereaved person has felt alone for years, so re-partnering quickly makes sense to them.”

Offering her advice for anyone trying online dating for the first time, once they feel ready, Shaw added that it may feel “daunting”, but the best thing to do first is to “cultivate new interests and new single friends to support you and your interests in this life stage”.

While you may have strong, lifelong friends to support you, they can often see things differently when in a long-term relationship themselves – compared to other single friends that may be more like-minded.

Revealing he was one of those worried friends, Alan Skelton said he had reservations when one of his own friends began dating again, but has since come round.

“A good friend lost his wife after nearly 40 years of very happy married life,” he said. “We were surprised when he remarried within a year but it is the very happily married who miss marriage the most.”

If you are struggling with grief, you can contact Relationships Australia on 1300 364 277 or Parentline on 1300 30 1300 for confidential support, advice and referral.

Do you think there should be a timeframe on moving on from a spouse’s death?