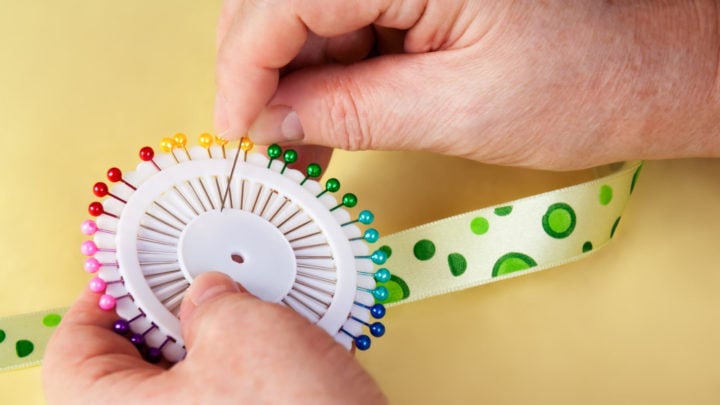 A mum has explained how her mother-in-law apparently meddled with her birth control so she would fall pregnant again. Source: Getty

The promise of more grandkids is a true blessing for most grandparents but one gran’s desperate attempt for a grandson has sent shock waves throughout the internet, as many expressed outrage at her extreme behaviour.

While discussions of expanding the family can be tense in themselves, one grandma has allegedly taken it a step further by tampering with her son and daughter-in-law’s birth control by poking holes in their condoms. And to make things worse, the 20-year-old wife had only given birth to a baby girl weeks before.

Taking to online forum Reddit to explain the situation, the young mum claimed her in-laws are obsessed with the idea of having a son to continue the family name. But instead of simply discussing the topic with them, the mother-in-law’s alleged meddling has landed the couple pregnant again, with an 18-week-old bub already in tow.

“The day they came to visit in the hospital my ILs (in-laws) asked when we would be trying for another baby,” the young mother explained. “We kind of laughed it off, but my MIL got more insistent, straight up telling us ‘y’all need to try for a boy!'”

“Fast forward to present day. Two days ago now, my husband poured my a mixed drink and when I brought the cup up to my lips, I got hit with this paranoid and panicked feeling. I immediately put the cup down and insisted we take a pregnancy test. Sure enough, it comes back positive.”

The mother said after getting over the initial shock they were excited, but confused as they had been using condoms to prevent them falling pregnant so soon after the birth of their little girl. Then when she confided in her sister-in-law, a shocking explanation was revealed.

“SIL [sister-in-law] bursts into tears and starts to apologise over and over,” the mum explained. “Meanwhile I sit there with my mouth handing open and lost. She calms down a bit and through her tears tells me that my [mother-in-law] has been poking holes in our condoms pretty much since we came home from the hospital. She claims [mother-in-law] told her she did it, but she thought that she was just spouting s**t because she was upset we didn’t have a boy.”

It was during this moment that the mum claimed everything clicked into place. She explained her mother-in-law had been over at their house quite regularly since the birth of their daughter supposedly cleaning. Meanwhile, the mum said her mother-in-law also knew they weren’t using the pill as she had told her about her struggle to get a prescription.

“I’m so angry I don’t know what to do,” she added. “I’m pleased with this pregnancy but it wasn’t my choice. It wasn’t even an accident, it was her meddling because she didn’t get the golden grandson she wanted. I don’t even know how to handle this.”

Perhaps not surprisingly the post was met with much outrage from other forum users who claimed they would never speak to the woman again. Some even suggested taking out a court case against the woman for meddling in their lives and forcing a pregnancy on them that they hadn’t planned.

“If it were me, she would never see me or my kids again,” one person wrote. “You haven’t even had time to recover yet. Her selfishness is going to create so much hardship for you. God, one baby is expensive but now you’ll have two! Going no contact is the only punishment worthy of this.”

Another chimed in adding: “She’d literally never be allowed in my house again and it’d be a long shot if I ever spoke to her again. Her seeing my family ever would be a solid maybe. She f***ed around with your sexual reproduction. Something no one has any right to do. S**t I’d almost press charges.”

While a third said: “That is unbelievably f***ed up. Whatever you decide to do about your mother-in-law, I’d do this as well: The new baby’s last name should be your maiden name and not your husband’s name. In fact you might consider changing your existing baby’s name. Hell, if I was your husband I’d be officially changing my name about now. Good luck with the new baby. I hope this turns out to be positive in the end.”

How far would you go for grandkids? Do you think this gran's actions were a step too far?