Why won’t they accept help at home? Woman admits anger towards elderly parents 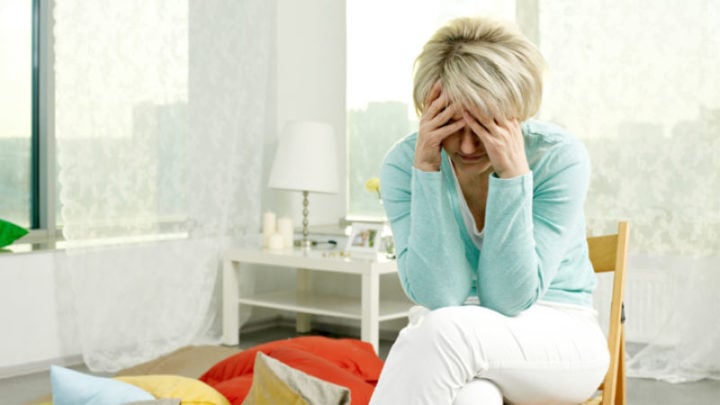 The woman admitted she is "fed up and tired of not being listened to". Source: Getty (stock image)

Accepting that you require help from others can be a difficult pill to swallow at the best of times, but as people age the prospect of receiving support and assistance from strangers can cause particular upset and tension within families.

It can be extremely tough to convince elderly parents or relatives that it might be time to accept some help around the house or with tasks such as showering or administering medication, and the issue can often trigger fall outs, particularly for adult children who are left to pick up the pieces or may attempt to provide the necessary level of care themselves.

This is the situation that has pushed one woman close to breaking point, as she admitted that she has lost count of the number of times she has been called on to help her parents, either to deal with emergencies, or even to break up arguments between them.

Writing a post from hospital, where she waiting with her 84-year-old father who’d had a bad fall, the exhausted woman opened up about the frustration she feels towards her parents due to their persistent refusal to accept help at home.

“Both parents have refused to hire carers and I’m losing count of the number of times I am called to help, she wrote on online forum site Mumsnet. “I’ve tried so hard to patiently (then less patiently) tell them they need help. But oh no ‘We don’t want strangers in our house’.

“Now he’s fallen and I think he’ll have to be admitted because the ambulance crew remarked that there was no support at home.”

She went on to say: “I know I’m being unreasonable. But I’m angry that they have refused to listen to sensible advice and ploughed on because they always know best. My life has been dominated by phone calls and falls and emergencies and breaking up horrible arguments between them and I’m fed up and tired and tired of not being listened to.”

Many people offered support and advice to the woman, even sharing their own similar experiences. One user wrote: “The only way to deal with a situation like this is to withdraw your help, so they realise they do need help. Sounds harsh I know but the only other option is to continue as you are.”

While others suggested that she should see the most recent fall as a silver lining as it may finally force the couple to accept they can no longer cope on their own. One person said: “This is your opportunity to get help. You want him to be admitted. Then make it clear there’s inadequate care at home so they can’t discharge him without a care package. You are not being unreasonable.”

Another user commented: “Sadly this is common. Having strangers come into your house is hard and many people resist it. But this could be a way for him to be forced to get help. Make sure you tell whoever is doing the assessment that you are not there to help.”

Elisabeth Shaw from Relationships NSW previously spoke to Starts at 60 about the best ways to encourage elderly relatives that it may be time to accept help. The clinical and counselling psychologist said it’s a common issue brought up by adult children who continuously hit road blocks when they try to offer a helping hand or enlist the assistance of a carer to ease the burden.

Shaw explained that changing the every day norm can be stressful for the elderly for both privacy reasons and the fear of losing purpose in life. She said: “Our older generations are in the main, fiercely independent. Doing things for themselves gives them independence, a role in life, a purpose for getting up each day.

“Most of our lives we are defined by what we do. Suddenly having nothing to do make the days longer, and in many cases, leads to depression and a sense of life having no value or being truly pointless.”

She explained it’s all about compromise and instead of charging in demanding change, family members should take it easy and encourage the elderly to spend time focusing on their own hobbies instead of doing the jobs around the home that could cause strain on both the body and mind. Shaw also recommended easing into the conversation slowly, rather than bombarding the elderly with demands.

“What is important is talking respectfully with the elderly person about their independence and how to be able to keep doing as much as they can for themselves and how some help here and there could assist with more energy and time for other things,” Shaw added. “Not that they need to rest, but that they might want to spend more time on other hobbies and activities for example if the housework is done for them.”

Can you relate to this woman's experience? Have you gone through something similar with an elderly parent?