Would you do it? Elderly drivers losing licences as relatives report concerns 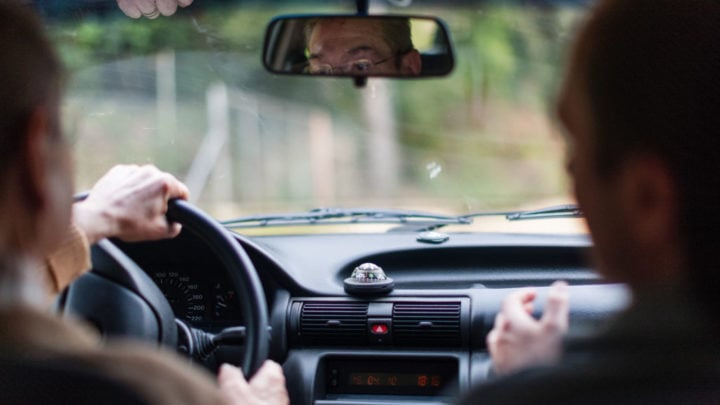 For those who have always been able to drive themselves from A to B, or hop in the car when the desire strikes, the idea of losing their driving licence can deliver a huge blow to their independence. But now, new figures have sparked a debate about whether family members should step in if they suspect an elderly or sick relative is no longer safe behind the wheel.

The data, released by the South Australian Department of Transport and published in The Advertiser, revealed that people in the state are increasingly dobbing in their loved ones to the authorities, fearing that their ability to drive safely has been impaired by serious medical conditions or due to their age.

Discussing the topic on the morning show, Natalie Barr asked panellists whether they would dob in a family member if they thought they were a danger, with co-star Mark Beretta admitting he would not hesitate to report his own family members if he believed them to be a danger to themselves or other road users.

“Absolutely,” he said. “You’d sit down with them and say, ‘Mum, Dad, this is time. You know you’re struggling when you get out on the road, you know you’re not safe’.

“We went through it with Rach’s dad a few years ago and we flagged it, he knew at the same time. I understand not everything happens that way but you can talk it through.”

While fellow panellist Jackie Frank questioned why all states and territories do not enforce mandatory testing for older Australians when they reach a certain age, to ensure they are still able to drive safely.

“I think there need to be a time, because our reflexes just aren’t the same as you get older and older, and no one wants to give up their independence which is what taking a licence away does to them,” she said.

“I think that it’s not fair that family members need to dob them in, I think it’s got to be regulated and I think we’ve got to have them retake their test at different stages.”

There's been an increase in bad and elderly drivers having their licenses cancelled after a tip off from loved ones.

Would you dob in a family member if you thought they were a danger to other motorists? 🤔 pic.twitter.com/kcObPnOHkJ

Drivers in some states of Australia are already required to carry a medical certificate with them in the car, but there have previously been calls for more restrictions, such as annual driving tests, to make it harder for elderly drivers to remain on the road.

Last year, Victoria’s assistant commissioner Stephen Leane also encouraged general practitioners across the state to report any patient who could potentially be a danger on the road.

Speaking on Friday morning, Frank added: “It’s such a hard thing for a family to do and the fact that they do it anonymously show’s how difficult it is.

“I just that it needs to be more formulaic.”

The topic of elderly drivers has been in the headlines a lot recently, after Prince Philip was involved in a horror car crash in February, which led to the Duke of Edinburgh giving up his licence.

The 97-year-old royal was left shaken when the car he was driving collided with a Kia carrying two women and a nine-month-old baby on a quiet road in Sandringham, Norfolk. While the duke escaped unhurt, one of the other car’s passengers, Emma Fairweather, broke her wrist.

Following the incident, which triggered a huge backlash around the duke’s driving abilities, Buckingham Palace confirmed in a statement that Philip had chosen to surrender his licence in the wake of the crash.

“After careful consideration The Duke of Edinburgh has taken the decision to voluntarily surrender his driving licence,” a palace spokesperson said.

Do you think older drivers should have to resit the test? Do you think it’s right for people to report their loved ones?