From feeling misunderstood to being a burden: Why most Aussies fear growing old 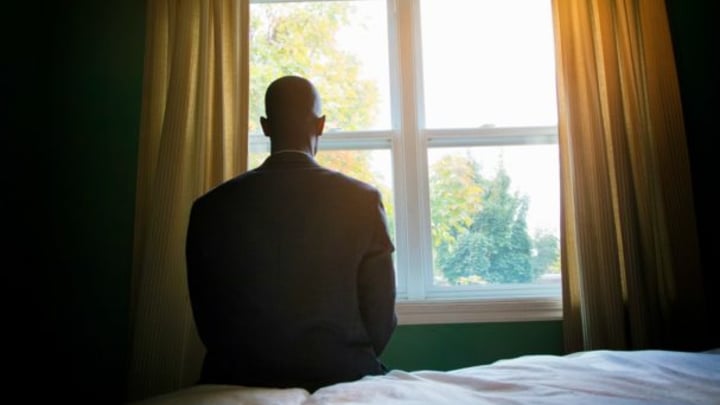 All respondents listed the lack of government support as one of the top concerns on ageing. Source: Getty.

Growing old can be daunting, as people wave goodbye to their careers and adjust to having more time to themselves in retirement. While many older Australians are excited by the prospect of being able to spend more time with their loved ones, travel more or take up a new hobby, many others see ageing as a daunting part of life.

Now, new research has revealed that an overwhelming majority of older Australians are actually fearful of ageing, with 79 per cent of people confessing they were not looking forward to the ageing process, while two thirds (63 per cent) said they “fear ageing to some degree”.

The online study was conducted by Meaningful Ageing Australia as part of their ‘See Me. Know Me.’ campaign, with 1,000 Australia adults over the age of 65 being questioned about their attitudes towards growing old.

Among the top concerns for older Australians was the idea of becoming a burden on family members, while others cited losing their freedom, falling out of contact with friends and no longer being able to do the things they love as some of their biggest worries as they age.

The findings also revealed that feeling misunderstood or as though their true identity is not being heard by those closest to them is a common theme, with 41.8 per cent of respondents confessing to having felt that way.

“Seek to know the older people in your life, with all their stories, feelings, beliefs and sense of purpose,” Meaningful Australia CEO Ilsa Hampton said. “Not only their past experiences, but their hopes, dreams and loves that connect them to life today.

“Those that are in touch with their spirituality or identity and feel truly understood have an increased quality of life. It leads to decreased loneliness, better mental health and resilience.”

As a result, more than half of those polled said they would feel more confident if they were asked more frequently about their lives and identities.

The survey also highlighted concerns around the support system in place for older Australians, with 100 per cent of those surveyed ranking the lack of government support, particularly when it comes to aged care, as a serious worry.

Linked to that was the feeling of not knowing what to ask when it came to considering aged care services, with many people admitting to feeling unsure in this department.

Read more: No such thing as can’t: Experts urge carers to stop focusing on negatives of ageing

It wasn’t all bad news though, as the survey also found that 57.4 per cent were looking forward to getting older because, for them, it meant they would have more free time to do what they enjoy, while 52 per cent said they could spend more time with family and 40 per cent said they can’t wait to see their friends more.

And for most, they credited their children (61.6 per cent) and grandchildren (59.5 per cent) as some of their greatest sources of hope.

While others took comfort from being with people who care about them (62.4 per cent), as well as spending time outdoors in nature (48.8 per cent), feeling like they are making a contribution (39.7 per cent) and reflecting on all they have achieved in life (38.1 per cent).

How do you feel about ageing? Do you have concerns, or are you looking forward to the increased freedom and free time?