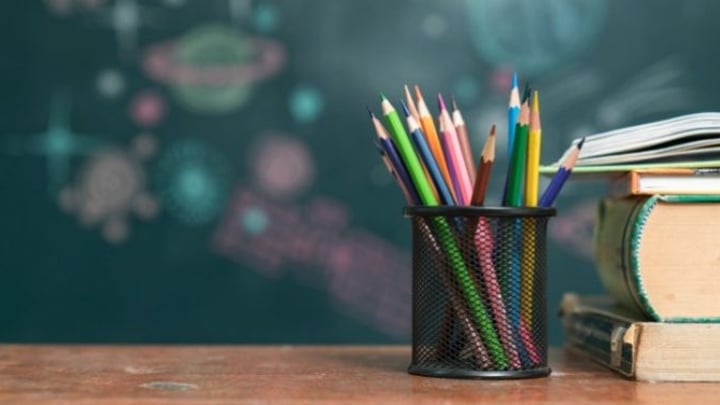 Some parents are choosing 'unschooling' for their kids' education.

While the majority of Australian kids participate in either mainstream education or official homeschooling, there’s also another trend on the rise – and it’s sparking outrage from families right across the country.

Some parents are choosing to “unschool” their kids, essentially meaning they shun the usual lessons like maths, English and science, and instead plan their lessons based on what their children are interested in at that time.

Other parents have mocked the idea, claiming it’s setting kids up for a difficult future, with one even claiming they’ll be affected emotionally, intellectually and socially.

Natalie Goodacre revealed she had chosen to ‘unschool’ her two daughters on her blog, Home School Mummy.

“We unschool our children. If you are unsure what unschooling means, picture a classroom in your head, with timetables, rules, structure and a curriculum. Now forget that picture and imagine the exact opposite, that is unschooling,” she wrote, before adding: “When you get down to it, Unschooling is really just a fancy term for ‘life’ or growing up uninstitutionalised.”

She’s not alone, and Vickie Hairsine previously revealed she lets her daughter Jessica choose her own meal and bed times as part of the bizarre routine, after pulling her out of school after six months.

Vickie opened up on UK Channel 4 documentary Feral Families, and told the Hull Daily Mail: “People’s immediate thoughts are they just eat sweets all the time but the programme shows that that is not what it’s like.”

She added that she doesn’t feel the need to “discipline” Jessica, and while she still gives her lessons in maths, English and other curriculum subjects, they’re tailored around Jessica’s interests – and come hand in hand with horse riding and trampolining sessions.

Elsewhere, Natalie, a mother-of-three in New South Wales, told the ABC it means “just letting the kids learn how it comes naturally to them because they have natural curiosity”.

Commenting on the news outlet’s Facebook post on the subject however, many parents slammed the idea, with one user writing: “And when they’ve finished unschooling they can go on to a fabulous career in unworking.”

Another added: “No literacy, no numeracy or group socialisation. Don’t have to worry about things like learning how to follow rules or be emotionally strong when someone tells you no. I am sure they can be super productive members of society.”

And one wrote: “Not sure I’d be wanting to put my wellbeing in the hands of a surgeon or a pilot who’d just ‘learned through life’…”

He added: “When kids learn than, they learn self-restraint and self-regulation… When we let kids do what they want all the time, they don’t learn restraint.”

According to a parliamentary inquiry into home-schooling in NSW in 2014, 15 per cent of families used the unschooling approach, while 31 per cent used natural learning methods. Meanwhile, eight per cent adopted a school at home structured approach and 27 per cent were eclectic home schoolers, “meaning they used a blended approach, often using a variety of methods to home school”.

However, Queensland University of Technology education lecturer Rebecca English, who has researched unschooling, says it actually requires parents to make a great deal of investment in the child.

“It’s about exposing their children to as many opportunities as they can, and letting them decide how they can approach their learning,” she told the ABC.

What do you think of the idea of unschooling? Did you homeschool your kids?