The Ortega Highway has an ominous reputation for being one of the most haunted roads in the United States of America. Reports of ghost sightings and other apparitions, along with an awesome set of corners, made it a road I desperately wanted to drive!

Our weapon of choice for this road was the all-new Aston Martin DB11 V8. Fitting with its ghostly reputation, the DB11 V8 was finished in a white colour with black highlights.

Kicking off from our base in West Hollywood, just outside downtown Los Angeles, the drive route takes in the I-10 East on a fairly mundane meander that joins the I-15 South and continues down to the somewhat quaint Lake Elsinore.

Lake Elsinore is kind of the American version of Bonnie Doon. It’s quaint, for a brief period of time and outside of the giant lake there’s not a great deal to do there.

It’s a good spot to stop, collect your thoughts and then head towards the Ortega Highway southbound where you will commence an epic hill climb.

There’s a hairpin, several tight bends and an ominous drop-off that is guaranteed to leave you fainthearted.

Sitting atop the climb is the Lookout Roadhouse. We pulled into the gravel car park to soak in the incredible landscape and also have a closer look at the Aston Martin DB11.

It’s hard not to love every single angle of this car. Everything from the striking front end through to the wide rear and enclosed cabin.

The Aston Martin DB11 V8 kicks off in Australia from $368,000 (plus on-road costs), which is the same price as the outgoing naturally aspirated V12 DB9. But, is it any less of a car?

The simple answer is no. Whereas the DB9’s V12 is a traditional, smooth and expansive offering, the modern twin-turbocharged V8 under the bonnet of the DB11 V8 is nothing short of an engineering masterpiece. You can of course have the DB11 with a twin-turbocharged V12, which will set you back another $27,000.

Producing 375kW of power and 675Nm of torque, the 4.0-litre twin-turbocharged V8 engine comes from Mercedes-AMG, but has a unique Aston Martin character.

Sprinting from 0–100km/h in just 4.0 seconds, it sounds good in each of its driving modes. But, press the steering wheel mounted drive-mode selector twice to engage Sport+ and the exhaust becomes raucous and downright rude.

A gruff V8 rumble erupts from the exhaust with each throttle slam. Push it even harder and it begins barking and crackling. Throttle response is absolutely next level, while the induction noise features gushing turbocharger induction all the way through to redline. 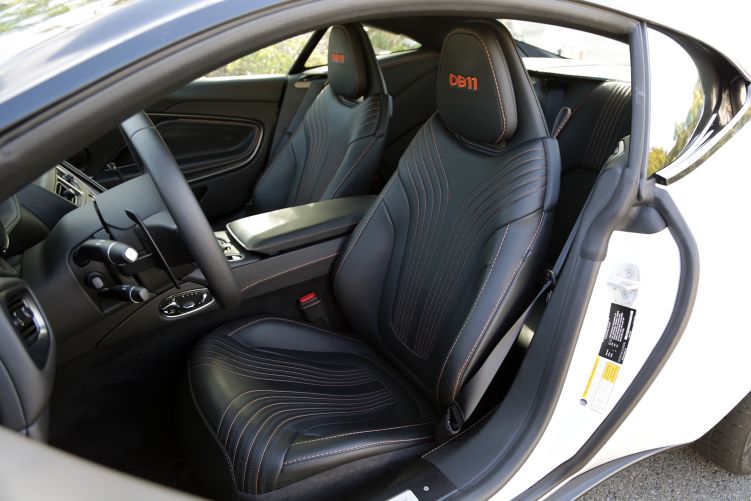 The way it piles on torque is akin to a religious experience. The unrelenting torque surge peaks at 2,000rpm and remains constant through to 5,000rpm. While there can be a hint of traction loss from a standing start, nailing the throttle at speed results in a squirm and slingshot through to racetrack speeds.

When you approach a set of corners, the turn-in is only bettered by the flat body and incredible communication through the wheel and chassis. The V8 sits lighter over the front end, which gives the DB11 a nimble feel – it’s a completely different car to the outgoing DB9.

The best was yet to come, though.

We left the Lookout Roadhouse to continue along the Ortega Highway south where the corners become higher speed and offer a higher radius.

Normally this is where a car like the DB11 falls apart. Cars like this can be too firm and uncomfortable when you’re done having fun.

The DB11 is in another league when it comes to ride comfort. In the vehicle’s comfort suspension setting it’s hard to tell the difference between it and a road-going sedan. The steering remains communicative, but the ride softens up to become the definition of a grand tourer.

Sweeping bends are met with ease and people, like my wife, that see cars as smaller versions of public transport won’t reel at the thought of having to spend time in the passenger seat.

Continuing south, the Ortega Highway delivers even more views of the arid landscape that surrounds its hills. The sweeping bends continue on a road that’s smooth in parts and rough in others.

We spot a number of other automotive enthusiasts going for a weekend drive along the way, each giving us a thumbs up as we drive past.

I mentioned earlier that this road is haunted. Locals and other road users have stories of spotting small clowns along parts of the road. 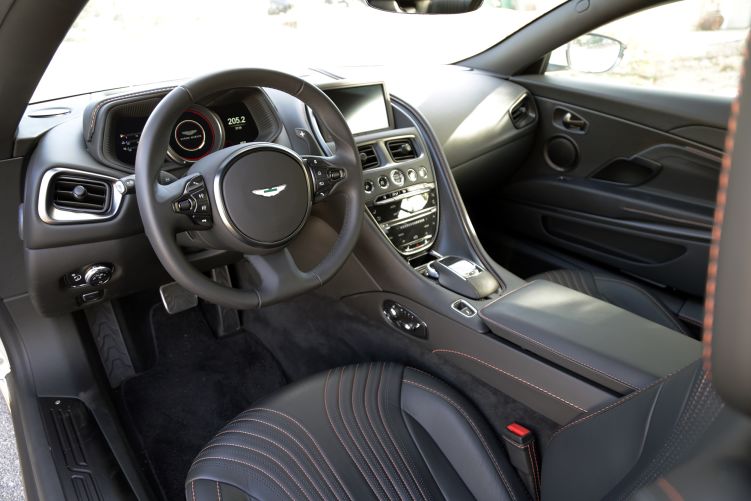 In particular, part of the road that passes by Quest Diagnostics Inc – around halfway between Lake Elsinore and Dana Point – is known for featuring creepy sightings as dusk falls and at night.

Thankfully our drive doesn’t include any ghost sightings. Although, it would have been pretty cool!

Along with ghost sightings, the Ortega Highway is known for claiming the lives of many road users that have either come unstuck on motorcycles or met enthusiastically driven vehicles on their side of the road. It’s worth keeping that in mind when picking the right time to drive the road.

Our route continues south until we reach the seaside town of Dana Point. While it’s nice, we had it on good authority that the best sunset you’ll ever see is a little further down the road near Carlsbad, which is further down the coast towards San Diego.

This portion of the road runs along I-5 South and passes some cool cordoned off military areas on either side of the road. It’s hard to imagine that you witness military exercises nearby while travelling along the highway.

As we approach Carlsbad, we pull off I-5 on to Highway 101 South, which runs along the coast. As the sun descends towards the horizon we spot our car park. It’s next to the Seaside State Beach.

Pull into there, drop some money in the meter and head out for a stroll on to the beach. It’s here you’ll witness an incredible sunset that offers amazing views that span across the whole horizon. It really is a magical sight that is rinsed and repeated each night.

If you’d like to give this drive a shot in your own car (or a rental), set aside one day and perhaps grab some accommodation in Carlsbad for the night to relax after soaking in that sunset.

Leaving Los Angeles around 10 or 11AM will give you enough time to do the drive comfortably with time to stop for lunch and refreshments.

Click on the Photos tab to see more pictures of the Aston Martin DB11 V8 by Paul Maric. 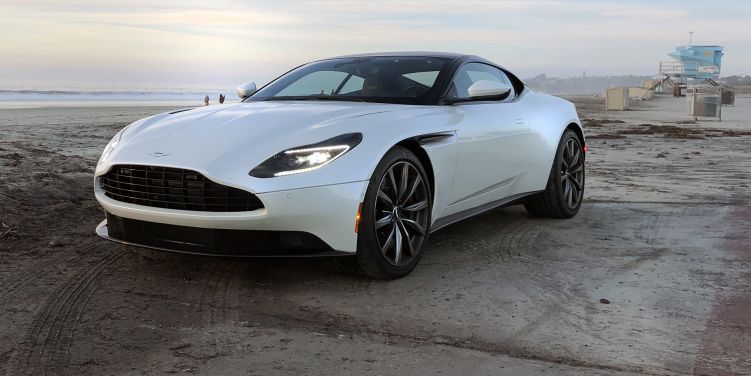 Stay tuned for more in CarAdvice’s Great Driving Roads of the World series.

Have you ever driven on the Ortega Highway? What is your favourite road-trip?