The Challenger SRT Hellcat Red Eye doesn’t quite manage that trick, although it often feels as if it is trying to, but it still represents the same ‘more equals better’ mentality.

The Red Eye has been given most of the same mechanical package that was fitted to the limited-run drag-spec Hellcat Demon last year – stronger connecting rods and pistons, a bigger supercharger and high-speed valve gear to allow a raised 6500rpm redline. 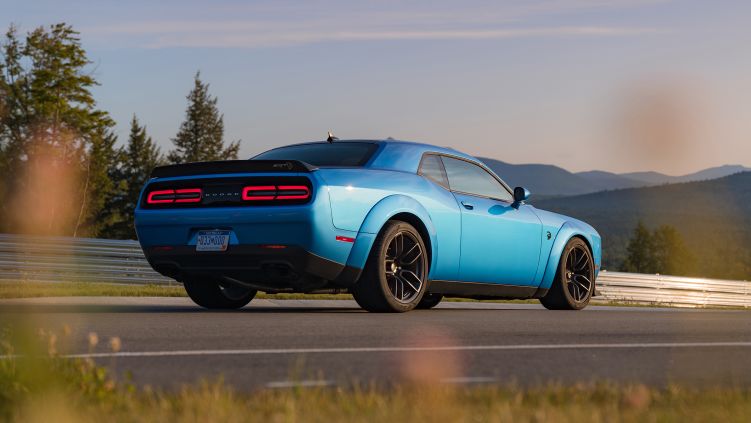 This for a car with a power output that shades most bona fide supercars. Jealous much?

The Red Eye’s statistics are predictably steroidal. Dodge says it can dispatch the US 0–60mph benchmark (0–98km/h if we’re being pernickety) in just 3.4 seconds and go on to a top speed, in blatant disregard to the fundamental principles of aerodynamics, of 203mph. This while hulking a 2050kg kerb weight; it’s like a sumo wrestler that can run 100m in under 11 seconds.

But the statistic that best illustrates the huge forces at play here is Dodge’s admission that, with the throttle pedal stamped to the bulkhead and held there, the Red Eye’s pair of high-pressure fuel pumps would drain its 70-litre tank in just 11 minutes, the V8 converting its contents into heat, sound and forward progress. The regular SRT Hellcat, no economy paragon itself, would take nearly 14 minutes for the same feat.

That might make the Red Eye sound terrifying, and it certainly can be, but only when you want to make it so. Driven normally it feels more like a tabby cat than a tiger. The engine is a constant, brooding presence from idle speed upwards, exhaust pipes projecting menacing big-cube harmonics in all directions.

But ride quality is pliant if not exactly plush at lower speeds, the eight-speed auto ’box (which has been upgraded with the Hellcat Demon’s torque converter and propshaft) shuffles ratios cleanly and smoothly, and the controls are light and accurate.

Limit yourself to the top couple of centimetres of the throttle pedal’s long travel and the Red Eye feels almost tame. So what’s all the fuss about? 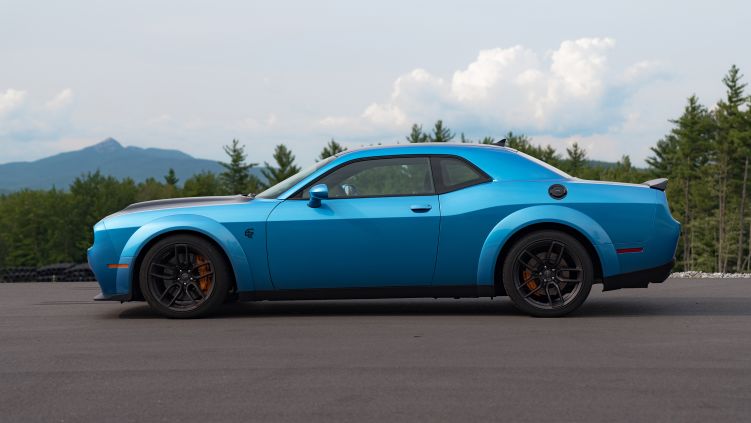 Don’t worry, it doesn’t take much effort to pop the SRT’s spinach can and turn it into the tyre-shredding monster you want to read about. Pressing harder on the accelerator is all that’s necessary to wake the beast, the engine note hardening as thrust starts to build at what soon seems like an impossible rate.

Beyond 3000rpm, the supercharger starts to really howl – Mad Max’s American cousin should get one of these – and by the time the engine gets to its 6300rpm redline in any gear, your self-preservation instinct is screaming the need to back off.

Without a wide, empty racetrack you’ll have to: the Red Eye compresses straights like a 16x skip speed, and can reach the sort of velocity that gets the guy in the next cell commenting on your purdy mouth in less time than it takes to read this sentence.

Given its head, the Red Eye spins its speedometer like a sportsbike. And while it might not be quite as fast, the forces involved in accelerating so much car so quickly make it feel subjectively faster than anything else.

Bringing us to corners – not the Red Eye’s natural habitat, yet it still acquits itself reasonably well provided your expectations are realistic.

There’s no doubting the SRT’s mass and the momentum involved in getting it turned, but the steering delivers faithful front-end responses and the car will hold a cornering line without the need for correction, if you stay off the gas of course. 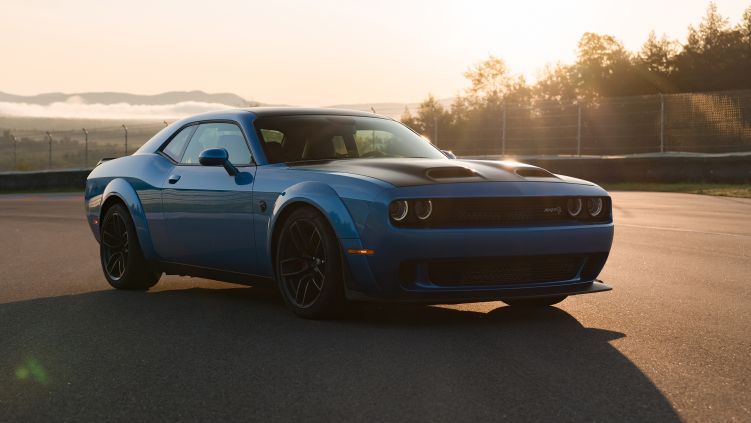 Overlapping bends and any significant throttle application is more of an issue. At higher speeds, the stability control manages the back axle with an iron fist; it’s actually possible to accelerate the Red Eye into understeer.

In slower turns, the ESC pretty much gives up and sits on the porch with a beer, allowing the SRT to slide to lurid angles even as it is supposed to be watching your back. This can be fun, but it also happens when you aren’t expecting it: smoking rear tyres pulling out of a junction, or leaving a U-turn lane at the sort of rakish angle Starsky or Hutch would be proud of. Behaviour that can get conspicuous quickly.

Strangely, turning the stability fully off actually helped to reduce such sideways shenanigans. I found myself treating the throttle pedal with the same respect due to a live grenade.

A full-gun start with everything kennelled on dry, grippy surfaces creates predictable clouds of tyre smoke, the rear axle spinning through second and third gears before hooking up properly deep in third. There’s also a line-lock function and variable launch control for proper drag-strip work.

While there’s plenty of sizzle to the Red Eye, the steak underneath is getting pretty whiffy. The base Challenger is the oldest swinger in town, and feels almost completely off the pace on the sorts of ‘static attributes’ that divide premium from mainstream.

The scent of cheap plastics hits as soon as you crack the door open, much of the interior trim feels hard and scratchy, and – although solidly attached – there are some sizeable gaps between panels and parts. But so what? It’s got 595kW. 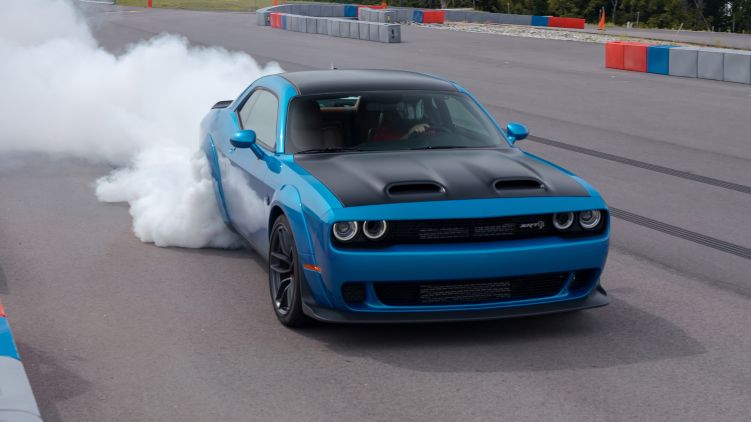 The Red Eye is big, but it ain’t clever – it doesn’t need, or want, to be. As the most muscular muscle car, it sits at the top of its tree, and although it is hard to imagine this crude genus surviving for much longer, we should be very glad that it still exists.

US buyers in search of more sophisticated performance have an abundance of alternatives to choose between: the Audi RS5, with barely half the power, is pretty much the exact same price.

But if you could, wouldn’t you go for this one?