An ideal car for families and grey nomads? The Kia Sportage takes its shot

Subtle in nature, but worthwhile all the same, the revisions to the 2019 Kia Sportage might take a moment to spot, but they evolve what was already a well-rounded entrant into the medium-SUV segment.

Although not a runaway success like the Mazda CX-5, the Sportage is the sixth-best-selling car in its class so far in 2018, with results muddied a little by the runout of the pre-update model and introduction of this new facelift.

So, what exactly does the rework get you? Most obviously, from outside the car, there are new alloy wheel designs, new front and rear bumper designs, and tweaks to the grille and intakes for a subtly sharper look.

Pricing for the Sportage range starts from $29,990 in entry-level Si guise, but moving up to the better-equipped Si Premium adds $2,300, and equipping it with a diesel engine (an upgrade that also adds all-wheel drive) takes the ticket up to $37,690 plus on-road costs, excluding promotional offers. 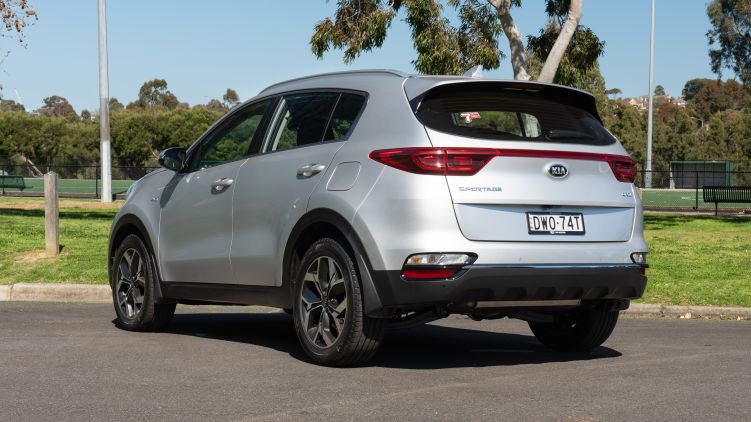 Almost $38,000 for a car that’s essentially one step up from base model looks a little steep on the surface.

Inside, the infotainment system screen grows from 7.0 inches to 8.0, and retains sat-nav plus Apple CarPlay and Android Auto connectivity. Over the entry-level Sportage Si, the Si Premium also includes an eight-speaker JBL audio system and digital radio, too.

Under the bonnet, Kia has left engine outputs for the 2.0-litre turbo-diesel four-cylinder engine alone with 136kW at 4000rpm and 400Nm between 1750 and 2750rpm. A new eight-speed automatic delivers it all to on-demand all-wheel drive.

Compared to last year’s car, the new transmission delivers a claimed fuel consumption of 6.4L/100km, against 6.8 for the old six-speed auto. On the city cycle, the new version claims 8.0L/100km compared to 8.9L/100km.

The basics haven’t changed too much, though. The Sportage continues with a somewhat polarising design – even with the revisions there’s still a bit of a ‘startled frog’ look to the front end. The four-window glasshouse keeps the visual bulk down, making the Sportage appear more compact from the side than some rivals.

Think of the Sportage as tailored to young families. Front-seat occupants will enjoy a surfeit of head room, leg room and width. The second row is suitable for adults too, though there’s not quite the same freedom of movement as there would be in an X-Trail or Tucson. 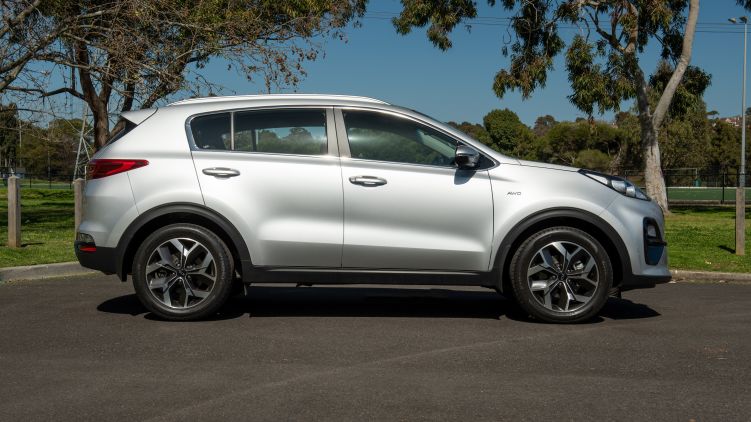 The rear seat is big enough for the little-uns, though, with a window line low enough for outward visibility, and a pair of rear seat air vents to ensure happy road trips.

Cabin quality isn’t vastly changed from before, meaning a sensible mix of finishes and materials that convey a sense of robustness rather than a premium vibe. Some details, like the button-heavy and unimaginative climate controls, are a little underwhelming, but they are simple and easy to decipher at least.

The seats themselves are a little on the flat side, but with comfy cloth trim and a decent balance of long-distance comfort and support in the right places. Short drivers might find the seat bases a little on the long side, but otherwise the helm is adjustable enough to fit a wide variety of drivers.

Cargo space measures 466L to the rear seats, with a full-size spare wheel beneath the boot floor. Drop the seats and up to 1455L of cargo space is available. You’ll also find multiple mounting positions for the cargo blind depending on whether the seats are reclined or not, plus a place to put it when not in use.

Although the engine itself is largely unchanged, it still performs well against contemporary rivals, with strong performance from low in the rev range after just a hint of delay when moving off from a complete stop. 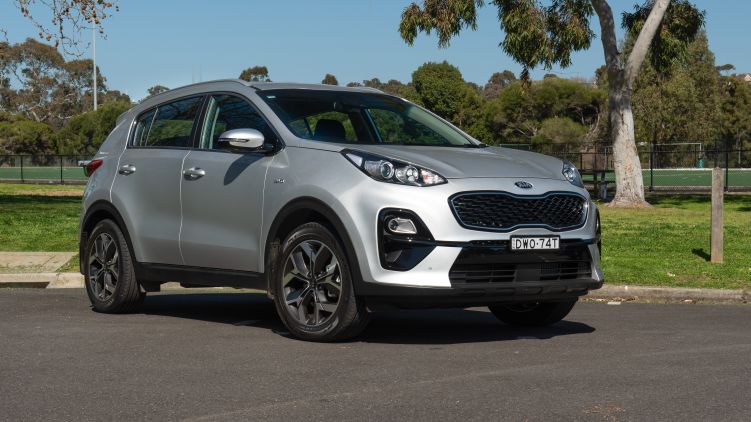 Compared to the Sportage’s petrol-engined range mates, the diesel is a more authoritative drive, making great use of the extra torque available for impressive rolling acceleration, and helped along by the wider spread of gear ratios in the new eight-speed automatic.

The transmission is smooth shifting and well sorted for use in flowing traffic. It requires a hearty shove on the accelerator pedal to elicit a downshift at higher speeds in normal drive mode, but becomes more responsive in sport mode. There’s enough torque in reserve in most situations that it’s not a problem, though.

Annoyingly, the auto displays a split personality on the freeway. Drive it without cruise control and there are no problems. Engage cruise control and even the slightest change in road pitch will see the transmission shuffle through ratios. Ultimately, the car is trying to maintain the exact speed the cruise control is set to, but cycles from eighth to seventh, to sixth to seventh, to sixth gear and back again with alarming regularity, leaving just a few seconds between changes.

Smooth though the transmission may be, every change creates a small quake through the car and a sigh from the engine. Once you notice it, it’s hard to ignore. Cancel the cruise control and take control of the throttle yourself and the problem goes away. It’s an odd quirk of transmission programming that spoils an otherwise ideal long-range tourer.

Other on-road aspects are far more agreeable. Low road and wind noise better uphold the long-distance ability, and the Australian-fettled suspension has been revised via changed mountings for a smoother about-town ride and improved recovery from bumps at high speed. The changes are incremental at best, but do help overall. The Sportage was already starting off with a well-regarded base in that regard. 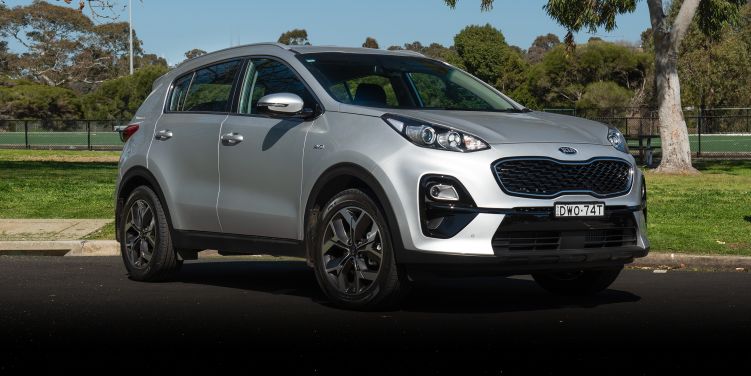 With a long list of positive attributes, the Sportage holds its own in the medium-SUV segment. Polished dynamics just right for Aussie roads, easy to understand interior interfaces, and a just-right balance of exterior dimensions and interior spaciousness set the Sportage off on the right foot.

It doesn’t make a play for social-climbing aspirants, nor does it need to, but the Sportage Si Premium pitches its user-friendly day-to-day approachability straight at the heart of young Aussie families.