You can set a watch by the relentless pace of BMW’s model cycle. Yet it can still come as a surprise to realise that one of the brand’s Life Cycle Impulses – that’s BM-lish for ‘facelift’ – has sneaked up already. It only feels like yesterday that the current G11 7 Series was launched, yet here we are with the revised version ahead of its market introduction later this year.

For the most part the changes are slight, but the obvious alteration is very obvious indeed. The revised 7 Series goes into combat behind a radiator grille seemingly inspired by the north portal of the Sydney Harbour Tunnel. BMW admits the nose job has given an aperture 40 per cent bigger than that of the pre-facelift car. It looks like you could pretty much park a 1 Series in each nostril. It’s either distinctive or overwhelming – take your pick.

Elongated LED headlights are now standard, with lasers set to be an option. At the back there’s been some less radical surgery, with a full-width element connecting the tail-lights and a re-contoured bumper.

Inside, less has been altered, with only the keenest eyes likely to detect a modest tally of changes. The new car’s digital instruments have lost the dial-shaped inlays of the outgoing version, all their shape now being rendered by pixels alone, and the infotainment system has been upgraded to BMW’s latest iteration. 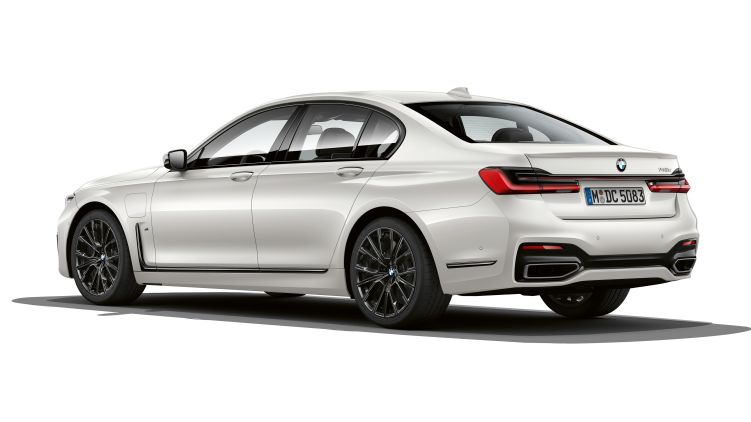 There have been some colour and trim tweaks too, including the option of diamond-pattern leather. Beneath the surface, BMW says there is also additional noise insulation to make the 7 an even calmer place to spend time.

While most powertrain options are set to continue unchanged, BMW tending to replace the handles and brushes of its brooms at different times, there is one new addition to the range. The 2019 BMW 745e plug-in hybrid replaces the 740e, and offers more than just numerical badge inflation thanks to the arrival of a new engine and a brawnier battery pack. We got to drive it last month in Germany in late-prototype form.

While the 740e used a 2.0-litre four-cylinder engine that struggled to deliver 7-appropriate levels of refinement when being worked hard, the 745e has been upgraded to BMW’s twincharger 3.0-litre six-cylinder donk. This is in a relaxed 210kW state of tune – only 22kW more than the four-pot managed – but has been tuned to deliver its urge in a more civilised fashion.

The electric motor that sits between the engine and the eight-speed auto ’box is effectively unchanged, producing 83kW and giving a total system output of 290kW, but it has been tuned to deliver stronger torque at low speeds. The result is up to 265Nm from a standstill, and a combined torque peak of 600Nm.

Despite the increase in firepower, straight-line has barely altered. BMW claims a 5.1-second 0–100km/h time for the long-wheelbase 745e, just two-tenths quicker than that of the 740e. But the way that the PHEV delivers its urge has been radically transformed. The 740e was vocal under hard use, with a thrashy soundtrack that didn’t suit the 7’s image of effortless muscularity. The 745e sounds much more muscular and delivers urge with less apparent effort, blending the petrol and electric sides of the powertrain effortlessly. A stretch of derestricted autobahn proved it was capable of reaching the 240km/h speed limit of its winter tyres without breaking a sweat.

Other settings have been tweaked as well, according to Wolfgang Kremer, who led development on the 745e. Suspension settings are firmer, with the ‘Comfort’ position for the new car’s air springs and dampers pretty much equivalent to ‘Sport’ on the 740e.

The result is a car that handles with more precision over rough surfaces and faster corners – BMW laid on a 740e for direct comparison – but which also manages to feel lighter despite having put on a fair chunk of weight. On BMW’s European numbers, the long-wheelbase 745e xDrive tips the scales at 2160kg – 95kg more than the equivalent 740e.

So, no surprises that it doesn’t feel like a svelte lightweight, but it does feel more agile and wieldy than its predecessor did, despite the extra mass. Ride quality is good, especially at high speed, and the additional sound-deadening material really does seem to have made an already quiet cabin even more peaceful.

The increase is almost entirely down to the new engine, with BMW engineers boasting that the 745e’s battery pack is almost exactly the same weight and size as the one in the 740e, despite an increase in capacity from 9.2kW/h to 12.0kW/h. 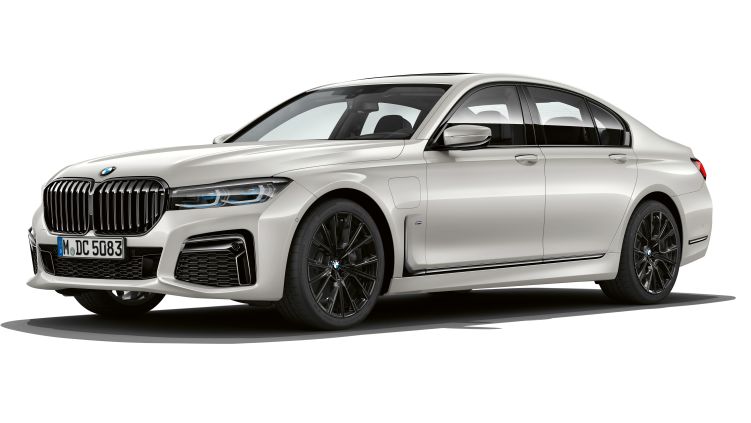 While that improvement is impressive, and the electro-7 delivers strong and near-silent acceleration even in its pure electric eDrive mode, it still needs a very particular duty cycle to deliver its best. One that makes the most of both the EV range – 50km under the WLTP testing protocol – and every opportunity to plug it in.

Our test route quickly depleted the modest charge of the battery pack, although as before it is possible to order the car to recharge itself on the move to become an EV later.

In some places that electric range, and the official 59g/km CO2 rating, will be enough to earn the 745e some serious tax breaks, including many countries within its European heartland. But without incentives, it still looks expensive and complicated to all but the most enthusiastic buy-greeners.

While there’s no word on price yet, we’re told the 745e will be here later this year, and we expect it will continue to be priced between the 740i and 750i. The PHEV is a big improvement and a fine car, but there will still be more rational alternatives within the 7 Series range. 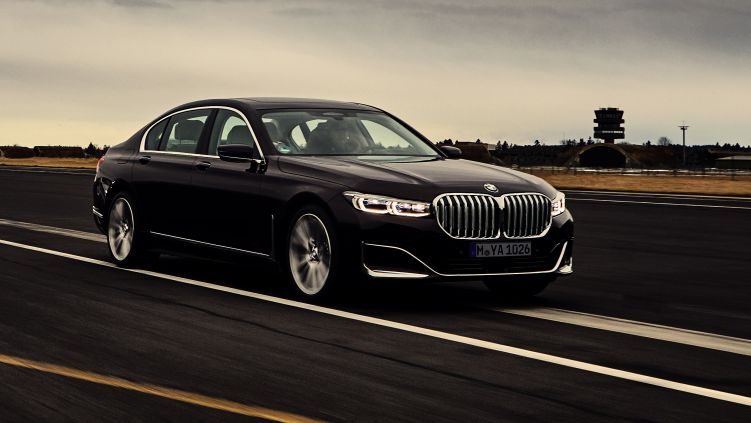 Do you like the look of this car? Have you ever owned a BMW?