Here’s how you can help those affected by the bushfires 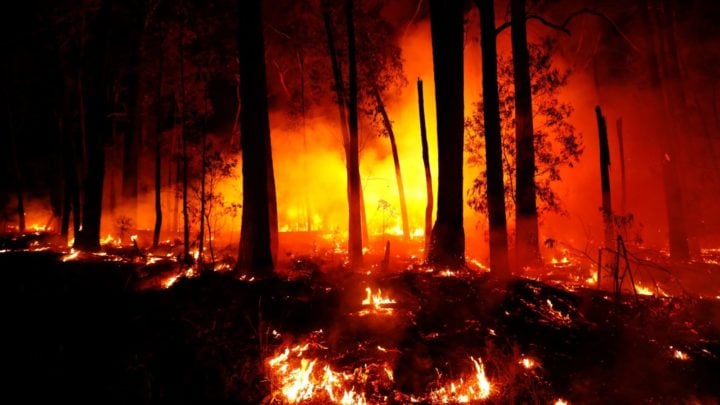 The bushfires have so far burned more than 5.9 million hectares of land. Source: Getty

In the past few months, we’ve seen devastating bushfires tear through Australian communities, destroying lives, homes and local wildlife. The wildfires have so far burned more than 5.9 million hectares of land, they have claimed 24 lives, millions of animals have been killed, and nearly 2,000 homes have been destroyed.

If you’re wondering what you can do to help those affected by the devastation, there are a number of organisations, charities and people raising funds. Here’s how you can help:

How to help firefighters

Donations made directly to the NSW Rural Fire Service (RFS) benefit the volunteer firefighters. To help, you can donate to the NSW RFS as a whole, or to specific brigades. You can donate here.

Victoria’s Country Fire Authority (CFA) are running their own donations for those wanting to support the Victorian firefighters. You can donate to them here.

A Facebook fundraising campaign led by comedian Celeste Barber has so far raised more than $32 million. She was initially raising funds for the NSW RFS and Brigades Donations Fund, but has since announced that the funds will be distributed to all states. Donate here.

How to help wildlife

In NSW, an estimated 8,000 koalas have been killed in the bushfire crisis. The Port Macquarie Koala Hospital has started a GoFundMe page to raise money to help koalas that have been affected by the fires, raising more than $3 million so far. You can donate here.

To help injured, sick or orphaned wildlife, you can donate to the NSW Wildlife Information, Rescue and Education Service (WIRES) here.

The World Wildlife Fund (WWF) is raising money to help restore homes and care for injured wildlife when the bushfires clear. You can donate here.

How to help those affected

The Salvation Army has launched a disaster appeal to support people and communities affected by the fires. If you would like to donate to the Salvation Army, you can call 12 SALVOS (13 72 58), donate at any Woolworths checkout, or click here.

The Australian Red Cross is raising money through its general Disaster Relief and Recovery Fund, and has raised more than $8 million since New Year’s Eve. The charity is helping those affected by the bushfire crisis and supporting relief centres across the country. You can donate here.

The St Vincent De Paul Society is currently running bushfire appeals across Australia. With your support, Vinnies can provide food, clothing, furniture, other essentials and funds to pay bills for people who have lost everything. You can donate at any Vinnies store or online here.

Have you been affected by the bushfires over the past few months?