‘Baby chasers’: Doting grandparents are relocating to be closer to grandkids 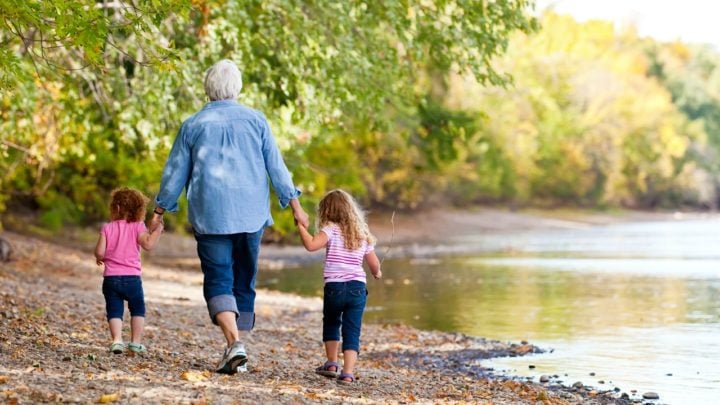 A new study has revealed 25 per cent of grandparents are planning to retire near their grandchildren. Source: Getty

Spending time with the grandkids is essential to any doting grandparent so it probably comes as no surprise that many Baby Boomers are actually selling up and moving home to be closer to the little ones.

Whether it’s moving states or just towns, many grandmas and granddads are saying goodbye to their usual surroundings with new research published by US company Value Walk revealing 25 per cent of Boomers are planning to retire near their grandchildren.

According to the study undertaken by Meyers Research these so called “baby chasers” are leaving their homes at the drop of a hat in hopes of playing a big role in their grandkids’ lives.

Speaking about the data, company Senior Managing Principal Tim Sullivan said while there are other reasons for a change in scenery such as the ability to downsize, the distance from grandchild is a leading factor in the move.

“What differentiates the Boomer buyer from their parents’ retirement process is that the Boomer is moving to, not away, from the kids,” he explained.

Sadly for some, distance has proved quite difficult as they struggle with living far away from their children and grandchildren and fear not being able to see them grow up.

This was a particular concern for one gran who took to online forum Gransnet earlier this year to explain how although she and her husband try to stay in touch as much as possible, they are worried they won’t be able to build those important relationships with the grandchildren.

“We have two young GC (grandkids) (2 and 4) that we only get to see once or twice a year,” she wrote. “We try to Skype once a week but find that difficult – the two kids want to play or find it funny to hang up.”

While during their visits the grandkids warm up to them she added: “Even with weekly Skype, each visit starts as if we are strangers.”

The gran was not alone in her worries with many other grandparents sharing their hardships of long distance and suggesting ways to solve the issue.

“We are in exactly the same situation. Now the DGDs (dear granddaughters) are 3 and 4 it is slowly getting better so we just need to exercise some patience. One idea would be to take little videos and send them,” one person wrote.

While another suggested sending updates via post to keep in touch. “I send postcards from wherever I am, days out, holidays etc. Keeps me on the agenda if nothing else. I try to have educational conversations and encourage them following me on a map,” they said.

Although relocation has a lot to do with helping with the grandkids, grandparents aren’t just moving away for that reason, with a previous study revealing that many older Australians are putting their kids first and choosing to retire later in order to help their adult kids get on the property ladder.

The research found that almost two in three parents (65 per cent) are currently making financial and personal sacrifices for their children and grandchildren, helping them to plan for the future and save for a deposit for their first home loan.

The 2018 Generational Property Ladder Survey, commissioned by Homeloans, also found that, of those willing to open up the ‘bank of mum and dad’ to help their kids out financially, 29 per cent were prepared to work past the usual retirement age.

Will Keall, Homeloans Head of Marketing, said the survey highlights how far Aussie mums, dads and grandparents are willing to go to help their offspring own their own homes, as that reality becomes even more difficult for younger Australians due to increasing house prices and a declining housing market.

“Due to tougher mortgage lending standards it’s increasingly difficult for younger generations to break into the property market,” he said. “To help with this, parents are doing what they can to help their children become first-home buyers, from cutting back on their own spending to going guarantor on a loan.”

Have you moved to be closer to your children and grandchildren? Is it something you are considering?