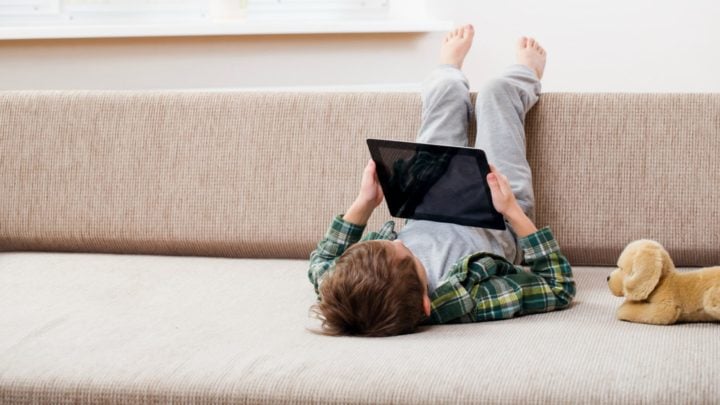 A concerned grandmother has sparked debate after revealing her grandchildren are “glued” to their electronic devices.

Pleading for help, the grandmother wrote to popular online forum Gransnet, saying her grandkids have “too” much leisure time and not enough family responsibilities — a stark contrast to how many Baby Boomers would’ve grown up.

“It’s so hard to relate to the adolescent grandkids these days when they’re glued to their iPads and mobile phones,” she wrote.

The grandmother added how it’s “impossible” to pull them away in order to do an activity or have a conversation.

“I just hate what all these devices have done to young people these days. I feel helpless because I can’t change a thing, I can only accept.”

Like-minded grandparents were quick to comment, with many agreeing with the grandmother.

“Yep! There’s nothing you can do about it. I don’t know how old your grandchildren are but we found ours wanted to spend more time with us again in their later teens,” one commentator wrote.

Another added: “This couldn’t be more timely! I’m just back from four days at DD’s, ‘minding’ two DGD’s aged fifteen and twelve. I hardly saw them, and I wish that I could say that it was because they were out doing something. They were in their rooms most of the time, on phones or tablets.”

However, one commentator argued an electronic device is no more antisocial than a newspaper, writing: “My grandfather was always behind a newspaper as I remember it.”

And another added: “Yes I do agree, but I was always either deep in a book or playing records.”

Meanwhile, it comes after alarming new research revealed just how entrenched modern technology is in the lives of today’s kids.

A US study, published in the journal JAMA Pediatrics, found screen time has more than doubled for children under two years old since the mid 1990s.

Additionally the researchers said that, despite fears about mobile devices increasing kids’ exposure to screens, they actually found young children under six spent most of their screen time watching TV instead.

For children aged three to five however, screen time averaged 2.5 hours in 1997 and did not change significantly by 2014 – with most of that time spent watching TV.

What are your thoughts on this? Do you think kids of today spend too much time on electronic devices?