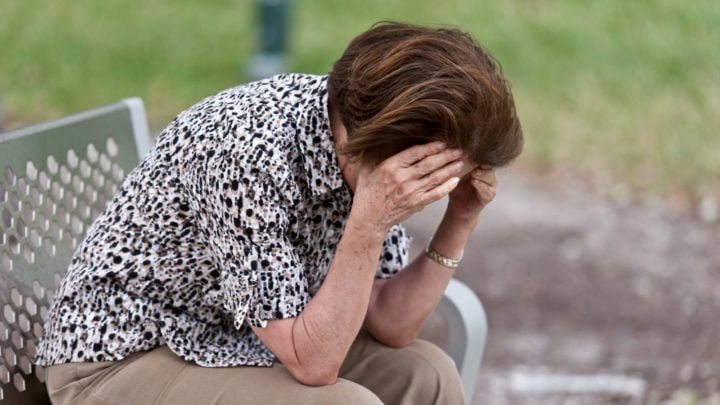 A concerned gran said she doesn't get to spend as much time with one of her grandchildren. Source: Getty

Building a special bond with grandkids is hugely important to most grandparents – with many taking any opportunity they can to spend quality time together.

However, for one concerned gran the situation has become challenging as she fears the relationship with her grandson could become strained. In fact, she now fears her daughter doesn’t trust her to look after her child.

Taking to popular online grandparenting forum Gransnet, the grandma explained how she has two daughters, one who has a son with another child on the way, and the other who has two kids.

But sadly, she said the “controlling behaviour” of the first daughter is impacting the bond she has with her three-year-old grandson – whom she doesn’t get to spend as much time with.

Her fears were sparked recently when she offered to take care of her grandson when her daughter goes in to labour with her second child.

“I offered to have our grandson overnight when she goes into labour,” she wrote on Gransnet. “She agreed. I asked her if GS (grandson) would sleep through the night, which she replied, ‘If you put him in his bed he’ll usually sleep through’.

The gran continued: “I had assumed the overnight stay would take place in my home. So I said he could stay at my place and sleep in my bed. It would be difficult as I have a medical condition to haul all of my overnight things to her house.

“This arrangement has always been fine for my other grandchildren who have sleepovers all the time.”

However, unfortunately her daughter denied the request and ended up changing her plans completely by choosing another babysitter for the night.

The grandma was left confused and hurt, admitting she feels like her daughter doesn’t trust her to look after the little boy.

“I am upset as I feel I am not trusted by her,” she admitted. “She has never allowed my DH [dear husband] and I to take our GS on day trips or even to the shop alone. We have offered plenty in the past.”

She added: “I just feel sad that we won’t have the same relationship with GS as we do our other grandchildren. I am worried that if she doesn’t let go a little he will get older and think we favour our other GC [grandchildren] as we are allowed to do all these fun things with them but not him.”

Read more: ‘Tired’ gran admits she no longer wants her grandkids, 11 and 14, to visit

Her call for help was met with much support from fellow grans who claimed it was probably nothing to worry about and perhaps the grandson has never slept at someone else’s home.

“Perhaps she thinks that this could all be a bit overwhelming for the little boy, especially if he has not been used to staying overnight with you,” one person commented.

“I don’t think it’s about not trusting you, she’s just putting her child first and she knows him best,” another replied.

While a third said: “I think you’re probably over reacting. I would think your daughter just wants everything to be as normal as possible for her little boy, with the minimum upheaval.”

After reading the many responses the gran updated forum users on her thoughts, admitting there was probably a bit of unnecessary worry on her part.

“I have had time to reflect and I agree with everyone’s responses. He is still quite young and he’s never slept out before,” she wrote. “I think I am worrying a bit prematurely. I will talk to my daughter, she is probably just waiting to speak to me in person.”

What are your thoughts on this gran’s situation? Have you ever had an issue like this before?