Top chef reveals the secret to creating a perfect pie 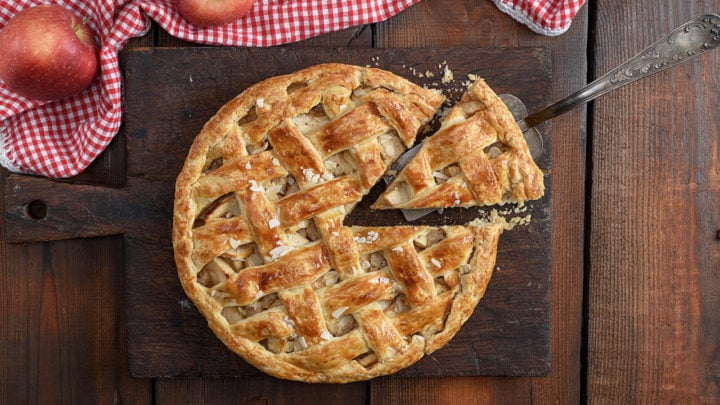 A top pastry chef has revealed his secrets to creating the perfect pie that will make your mouth water and your taste buds go wild.

From the buttery crust to the sweet filling, there are many ways to create a pie. Some families have recipes they’ve passed on through generations. While others like to play around with flavours and add their own twist to a magazine recipe.

However, French-born pastry chef Dominique Ansel reckons he has perfected the recipe and method to creating the best pie of all. And he’s got reason to be so confident, having been named the World’s Best Pastry Chef in 2017 at the World’s Best Restaurants awards.

Ansel is also the creator of the mouth-watering cronut, which is a mix between a croissant and a doughnut, so he certainly knows what he’s talking about when it comes to sweet treats.

Thankfully for all of the keen bakers out there, Ansel has shared his top tips for creating the perfect pie with Femail.

The crust is key

While many will focus on the filling, Ansel says you must first learn to perfect the crust. The ideal base will be flaky and light, but dense enough to hold its shape so it can keep the filling inside.

For most pies, Ansel says a classic butter crust is best and easy to make with just a few ingredients. However, if you want a puff pastry or filo pastry bottom, the chef recommends buying a pre-made base as cooking one yourself could take a lot of time and effort.

Over-mixing the dough is one of the most common mistakes made by home cooks, according to Ansel. The chef says if you don’t keep an eye on the temperature and texture of the dough, it could end up ruined.

“If you’re making a traditional short crust, over-mixing and overworking the dough causes the crumbs of butter to get smaller and smaller, while also warming the butter at the same time, which will result in a dense crust that doesn’t have that flaky, tender texture,” Ansel says.

“Over-mixing also activates the gluten development more than it needs to, and can cause the final crust to be tough and dense.”

To avoid this Ansel recommends popping the dough back in the fridge or even the freezer if it starts to get too soft, and leave it there until it’s cold enough to work with again. Meanwhile, if you live in a warm climate you might have trouble with the benches becoming too warm. If this is the case, he says you can lay out a sheet tray with ice cubes to cool down the surface.

Don’t be afraid to experiment

If you’re more advanced in the kitchen and have some experience making pies, you shouldn’t be afraid to experiment with flavours. Ansel says there’s no harm in trying different flavour combinations, starting with the crust and finishing elements.

“For example, a traditional pumpkin pie can be framed in a gingerbread crust instead of a basic pie crust, as we do for Thanksgiving,” he suggests. “A simple silky chocolate cream pie can be set in a chocolate sablé shell or even a speculoos crust, then topped with dark, milk, and white chocolate shavings.”

Do you have any tips for creating a delicious pie? What's your favourite flavour of pie?