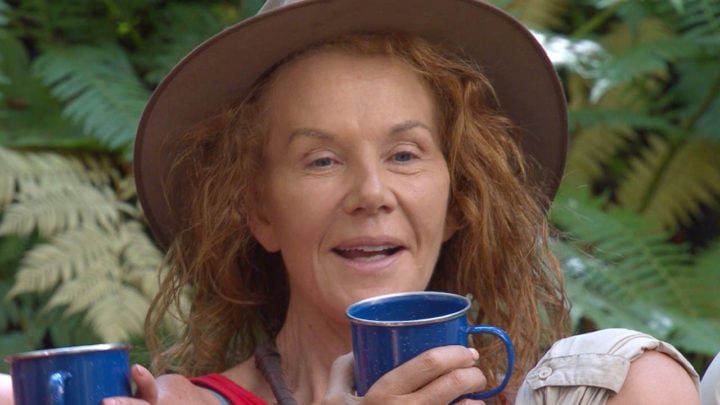 With a career spanning almost 40 years, Rhonda Burchmore is one of the most recognisable faces in Aussie show business and the 59-year-old says “career longevity” is the thing she is most proud of, despite having performed under the bright lights of Broadway and the West End.

The 59-year-old performer is currently taking part in Channel 10 reality series I’m A Celebrity … Get Me Out of Here! and, in scenes that will air on Tuesday night’s show, she opens up about her career and the ageism she has faced to fellow contestant Myf Warhurst.

“I think if someone says what’s the biggest highlight of your career, without being a tosser, you go ‘Well I’ve done the west end, I’ve done Broadway,” she tells the Spicks and Specks star. “But my thing for me, is that I’m most proud of the longevity of sustaining a career in this s**t business.”

Myf agrees that the industry is “tough”, and says to camera: “The entertainment industry is focused on youth … I hope people like Rhonda, people like me, regular, normal folk who are ageing, I hope we can keep working in the industry and we don’t get shut out.”

As the pair enjoy a chat on the camp swing chair, Rhonda goes on to say that she is often asked when she is going to retire, before crediting stars such as Cher, Bette Midler, Shirley Bassey and Madonna, who are “still doing it”, for keeping her going.

“It’s changing slowly, slowly,” Myf replies. “I see more faces, I see more older faces, older women, I see a lot of that stuff, but still you see a lot more older men than you do older women in telly and in radio. But you’re breaking the mould Rhonda!”

Rhonda laughs and says: “I’m breaking the mould this time.”

Rhonda’s comments come after she branded fellow Australian star Nicole Kidman a “flat out diva” during a previous episode of I’m A Celebrity, having been asked about her connection to the Moulin Rouge star by British reality star Charlotte Crosby and Married at First Sight’s Ryan Gallagher.

Ryan asked Rhonda: “You know Nicole?” To which Rhonda replied: “I knew her when she was still at acting school.” Charlotte, who starred in UK series Geordie Shore, then chimed in and asked: “Really, what was she like?”

Rhonda started out diplomatic, describing the Sydney-born star as “beautiful” before Charlotte pressed her again, asking: “Was she a lovely person.”

The Mamma Mia! again tried to refrain from saying too much, and remained silent at first. However she couldn’t resist telling her campmates more, and went on to divulge some of the 52-year-old’s alleged behaviour on set.

“Because of the heat, they actually had a whole up here in a suit, with air conditioning pumping through.”

However it was her next comment that set tongues wagging as her campmates said: “So, she’s a flat out diva?” To which Rhonda simply replied: “She’s flat out.”

Tune into I’m A Celebrity… Get Me Out Of Here! at 7:30pm on Tuesday on 10 for the first double elimination.

Are you a fan of Rhonda Burchmore? Have you been watching I'm A Celebrity?