‘We are in for a real treat’: New MasterChef judges finally revealed 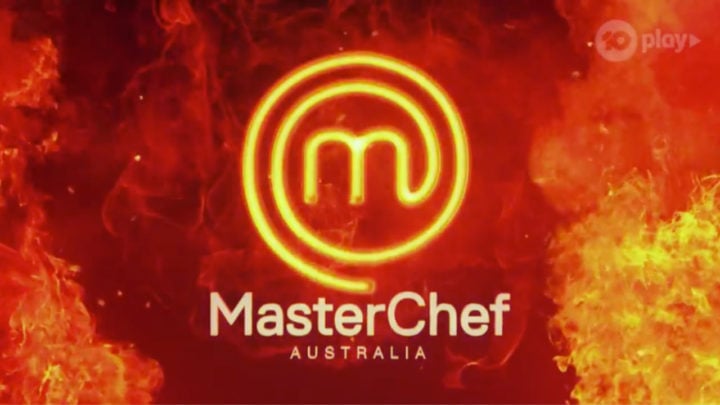 The new Masterchef judges have been confirmed. Source: Ten Play.

Just months after George Calombaris, Gary Mehigan and Matt Preston announced their shock departures from MasterChef, a whole new judging line-up has been confirmed – and the show has promised viewers they’re in for a “real treat”.

Jock Zonfrillo, Melissa Leong and Andy Allen are set to join forces on the new-look show, with Channel 10 revealing they’re “thrilled” with the line-up. And they will have some high profile guests on the show, with Gordon Ramsay, Heston Blumenthal and Curtis Stone set to appear in the 12th series too.

“In a nation obsessed with food, we are thrilled to welcome Jock, Melissa and Andy as judges to MasterChef Australia,” Network 10 Chief Content Officer Beverley McGarvey said. “Their combined culinary credentials coupled with their passion and sheer joy for food, and their relentless enthusiasm to explore ingredients, preparation and cooking methods ensures we are in for a real treat.”

Allen is best known for winning MasterChef season four, before going on to host a number of TV series. He now co-owns the Three Blue Ducks restaurants. Meanwhile Zonfrillo is the owner of Orana and Bistro Blackwood in Adelaide, having built up extensive experience in the food industry. He was also named Australia’s hottest chef in 2018.

And Leong has experience in the public eye as a journalist, TV presenter and cookbook editor. She said of the news: “It goes without saying, that it is an honour to be passed the baton and asked to help bring the next chapter to life on a show like MasterChef Australia. It came as a huge surprise for me, and is, without a doubt the opportunity of a lifetime. I am really looking forward to getting stuck in!”

And Allen added: “I entered this competition as a contestant in 2012, somehow I won it and then I went out into the big, bad wide world of hospitality. To be asked to be a judge – and to come full circle back to MasterChef Australia – is really flattering and really special. I’m stoked because it means that I’ve done the hard work to be here. You don’t ask Joe Blow to be a judge on MasterChef Australia.”

The 12th season will be called MasterChef Australia — Back to Win, with contestants from previous years returning to the kitchen once again for another bite at the cherry. It comes after past judge Mehigan previously broke his silence the day after his shock departure from the show, writing on Instagram: “It was time to move on, have more free time to explore our own creativity.

“It was never about the money and never will be about the money. We couldn’t agree on the term of the new contract for 2020 and season 12. Something we felt very strongly about.” He also thanked his two co-stars and referred to them as “the three musketeers”.

To all of our fans ‘thank you’ To the team that makes MasterChef ‘thank you’ and to all of the contestants that we know and love, we are all part of a very exclusive club and what a journey what an experience. To explain: ‘It was time to move on, have more free time to explore our own creativity’ It was never about the money and never will be about the money. We couldn’t agree on the term of the new contract for 2020 and season 12. Something we felt very strongly about. The opportunity to work with Matt and George has been a blessing and something I cherish. Working together will continue to be the most important thing for us…..the three musketeers…….🤗 @mattscravat @gcalombaris @masterchefau #masterchefau #foodies #foodiesofinstagram #homecooks #homecooking #masterchef

There had previously been calls for Calombaris – who was at the centre of controversy for underpaying staff $7.8 million at establishments including Hellenic Republic, The Press Club and Gazi – to be fired from the hit show. The hashtag #MasterTheft was trending on Twitter on the day of the last finale and more than 26,400 signed a petition for the chef to be canned from the show.

And Preston also took to Instagram to confirm he wasn’t returning, but said it wasn’t because he didn’t want to still be part of the show. “Thank you so very much for supporting @masterchefau over the last 11 years. We have loved every single moment. It is however with a heavy heart that I can confirm that season 11 was our last,” he wrote. “We were really keen to continue but we were unable to agree to all terms for the new contract.”

He thanked Channel 10 for letting him be part of the show and spoke about mentoring some of the “brightest up-and-comers” in the Australian food scene. He also praised his co-stars. “And of course, we three judges have formed a lifelong friendship that will live on far beyond the show,” the 57-year-old added. “I look forward to sharing many more adventures with you in the future. And finally I wish the new judges all the best with the show that we love so much.”