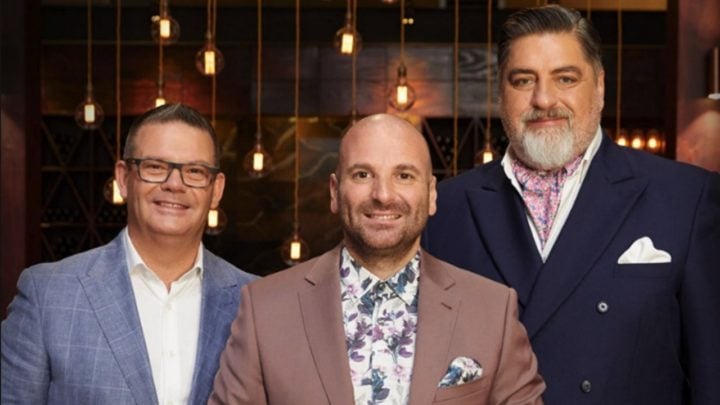 The top three judges on hit television show MasterChef have sensationally quit the Channel 10 program with no plans to continue on in the coming seasons.

George Calombaris, Gary Mehigan and Matt Preston will say goodbye to the cooking program with new judges set to begin next year.

In a post shared on social media, the program confirmed their shock end with MasterChef, thanking the talented judges for their support of the show for 11 seasons.

After 11 sensational seasons, we bid a fond farewell to our judges – Matt Preston, Gary Mehigan and George Calombaris. Thank you for being a part of this remarkable #MasterChefAU legacy and helping make the culinary dreams of everyday home cooks come true! pic.twitter.com/uG0A3ec8jI

“After 11 sensational seasons, we bid a fond farewell to our judges – Matt Preston, Gary Mehigan and George Calombaris,” the post on Twitter read.

“Thank you for being a part of this remarkable #MasterChef legacy and helping make the culinary dreams of everyday home cooks come true!”

Network 10 confirmed they would be parting ways after failing to reach a contractual decision with the three judges.

Chief executive officer Paul Anderson thanked the trio for their hard work on the show and said they were ready to welcome the next generation “exceptional judges”.

“Despite months of negotiation, 10 has not been able to reach a commercial agreement that was satisfactory to Matt, Gary and George,” he said.

“Across 11 sensational seasons, MasterChef Australia has established itself as one of the most popular and respected cooking television series around the world,” he added. “For more than a decade, the iconic series has shaped and driven the Australian public’s passion for food and cooking, delivered iconic television moments, and made the culinary dreams of everyday home cooks come true.

“We would like to thank Gary, George and Matt for their contribution over the past 11 years… MasterChef Australia has always been about ordinary Australians doing extraordinary things for the love of food and we believe it is very important to continue that ethos.

“Australia is full of remarkable cooking talent and we can’t wait to introduce another group – and the next generation of exceptional judges – in season 12 of MasterChef Australia next year.”

The shock announcement has come as a surprise for fans who took to social media to express their thoughts on the situation.

“No no no no the powerful humble trio leaving MasterChef is such a terrible news,” one person commented.

Another wrote: “The name of the show and them have become one over these last 10 years and MasterChef definitely won’t be the same without them. The new judges (whoever they will be) will have some very, very big shoes to fill.”

While a third added: “OMG, so sad to say goodbye to Thea’s legends. I was lucky enough to meet them all a couple of years ago when I was fortunate and blessed to be accepted onto MasterChef. These three are remarkable, individuals and an even more impressive three some. Thank you all for so many fond food memories.”

The news comes after one of Calombaris’ former staff members claimed he had underpaid staff at his Melbourne restaurant by a whopping $7.8 million.

The chef was ordered to pay a massive $200,000 fine for the underpayment of employees as establishments including Hellenic Republic, The Press Club and Gazi.

“How is it fair for him to steal over $7 million from workers and is only fined $200,000?” the former staff member, Orlaith Belfrage, said in an online petition – which got 26,000 signatures.

“A three percent fine is not enough. Wage theft is a business model and George Calombaris has built his career on it. And he continues to be heralded as the ‘nice guy’ celebrity chef and a MasterChef judge.

“He should be taken off MasterChef. Channel Ten should stop making excuses for this serial wage thief.”

Are you a fan of MasterChef? Will you be sad to see the judges go?