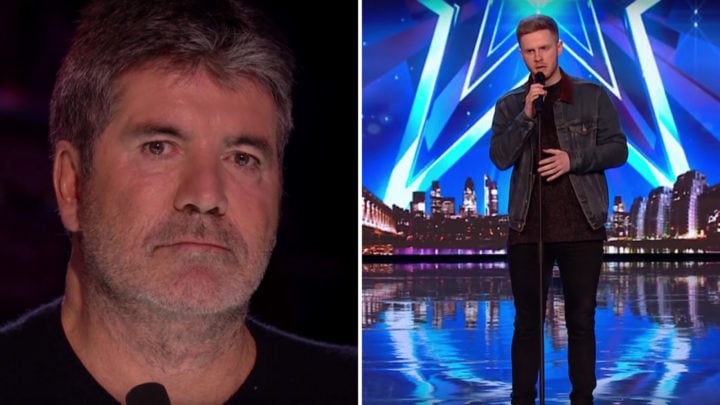 Susan Boyle famously auditioned for Britain’s Got Talent 10 years ago with a classic from Les Misérables and a decade later, a singer from Northern Ireland has left audiences in tears with another moving rendition from the hit musical.

Mark McMullan appeared on the latest episode of the hit reality show where he dedicated ‘Bring Him Home’ to his disabled brother, Declan. The 23-year-old told judges Simon Cowell, Amanda Holden, Alesha Dixon and David Walliams that the song was particularly special to him and his family.

“‘Bring Him Home’ is a very personal song to me and my family,” he said. “Nearly six years ago, my older brother took sick from a brain injury. He’s here today but he was left with a condition called locked-in syndrome.”

Locked-in syndrome is a rare neurological disorder which causes most of the body muscles to become paralysed, but for consciousness to remain.

“It basically means he can’t… he’s trapped inside his own body,” Mark said. “The only thing he can really do is hear so my music kind of became a big comfort for him.”

He told the judges it was “the right time” for him to audition for Britain’s Got Talent and that everything lined up to allow him to perform.

Mark then performed the iconic track, leaving members of the live audience and even Simon Cowell in tears. Mark’s brother also appeared emotional from the audience.

All four judges gave the singer a standing ovation, before praising Mark.

“You have the most gorgeous tone and quality to your voice,” judge Amanda said. “When you listen to the words and you know the background of your story, it just made so much sense.”

A beautiful song. A beautiful voice. A beautiful tribute ❤✨ It's four very deserved yeses for Mark McMullan from the Judges #BGT #BritainsGotTalent pic.twitter.com/6m0LNrCZMs

“Just made us listen to every single word of that song and I think you did your brother very proud today and did yourself very proud,” he said.

Simon added: “He’s lucky to have a brother like you. You brought meaning to that song which I hadn’t thought about before.”

The judge also predicted Mark would start getting calls from Broadway and the West End.

Viewers at home also took to social media to praise the performance. One person said: “I rarely cry at performances on this show but this performance made me weep. So beautiful.”

Another tweet read: “Absolutely serene, this was so beautiful. Mark, you had me in tears. You should have had that golden buzzer but I’m sure you will be in the final. Tonight a star was born. Huge congratulations and much love to you and your wonderful family.”

A third added: “OK, who’s chopping onions in my house again???? Even without the back story, you sir, are fantastic.”