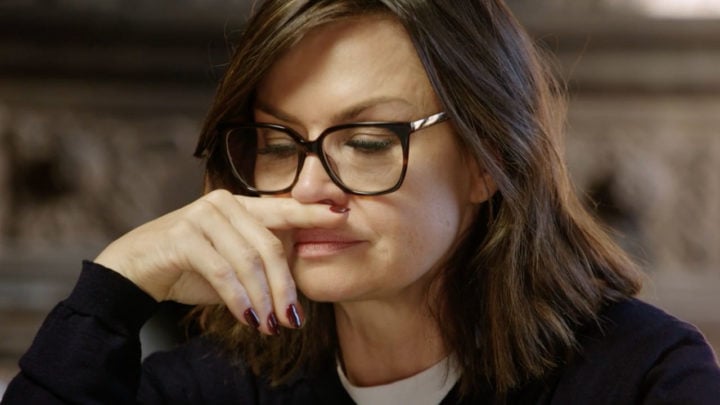 The Project host took part in the most recent series of SBS program Who Do You Think You Are? Source: SBS.

Lisa Wilkinson has opened up on the heartbreak she experienced as she delved into her family’s surprising history, having embarked on a mission to finally answer some long-held questions about her late mother Beryl’s ancestors.

“Not everyone gets a great start in life, and my mum didn’t,” Lisa says at the start of tonight’s episode of Who Do You Think You Are?, as she reveals her mother Beryl, who sadly passed away in 2018, was the driving force behind her decision to take part in the show.

The Project star explains that Beryl had a painful childhood, having been born out of wedlock and been forced to spend random periods in orphanages. “When you don’t know where you’re going to put your head down tonight, and mum often didn’t, resilience was the key to getting to tomorrow,” Lisa says.

Beryl also never knew the identity of her biological father, only discovering that his name was Gordon Power by chance in the 1980s. But now the much-loved journalist has finally uncovered some of the answers her mother longed for, after taking part in the SBS series.

Lisa, who has three children of her own with husband Peter FitzSimons, is delivered her first shock just minutes into the episode when she discovers that her maternal ancestors all arrived in Australia as convicts. And it is the harrowing story of her three-times great grandmother Eliza O’Brien – described by one historian as “rebellious by nature” – that captures Lisa’s attention.

The program also follows Lisa as she travels to Chennai, India, as she investigates her paternal ancestry line. However, once there, the Channel Ten star uncovers yet more tragedy.

“I’m so glad I got to know my ancestors,” Lisa says at the end of the show. “For those that did it really tough, I look at their lives and think, ‘I don’t think I would have coped’.”

And, touching on her mum’s tough childhood, she adds: “My mum’s childhood was the polar opposite to mine, and I’m sorry that I can’t tell her these stories now. She should be proud of how she coped with all that she was handed.”

Writing on Instagram ahead of the show airing, Lisa said: “Last year I was fortunate enough to spend two weeks on the journey of my lifetime with the brilliant team from the ancestry investigation series Who Do You Think You Are.

“I simply never could have predicted how deep they would go, or what they would find … What I discovered explained so much for me and took me to places that broke my heart.”

Lisa’s episode of Who Do You Think You Are? airs tonight on SBS at 7.30pm, and is also available on SBS On Demand.

Will you be watching Who Do You Think You Are? Do you know much about your own family history?