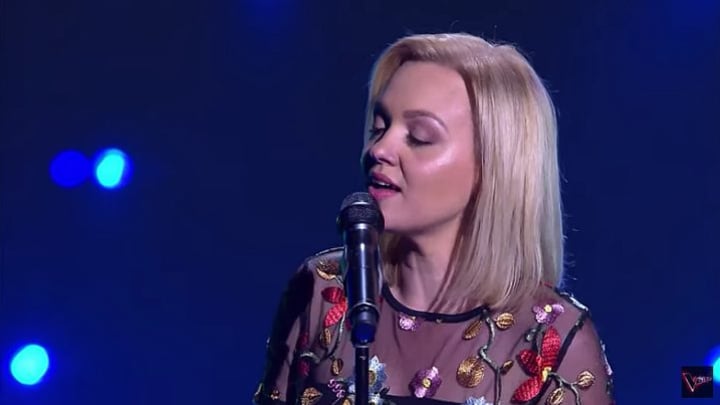 Hudson River plane crash survivor Emma Sophina had judges on the edge of their seats as she performed a beautiful and tear-jerking rendition of ‘Landslide’ on The Voice Australia this week.

The talented singer, who is originally from Perth, sent shivers through the crowd with her stunning vocals as well as her incredible story of survival 10 years ago.

Emma was one of the passengers onboard the plane which crashed into the Hudson River just moments after taking off from New York on January 15, 2009. The plane had hit a flock of geese, causing all engines to lose power and sending the aircraft quickly to the ground.

But thanks to the quick thinking of “hero” pilot Chelsey Sullenberger, Emma and 154 others walked free from the downed US Airways Flight 1549 after he made an emergency landing in the river near Manhattan.

Now over 10 years later the Aussie has shared her story with the rest of the country in an emotional performance of the Fleetwood Mac classic ‘Landslide’ on Sunday’s episode of the talent show.

Her beautiful vocals rung through the room as she used her near-death experience to channel the emotions of the song, before opening up on her terrifying experience.

Emma appeared on Today Extra on Monday morning to share her memories from the crash and how it has impacted her life since then.

“It was an ordinary flight, I was heading to North Carolina from New York and we took off as per normal, and within about 90 seconds we hit Canadian geese on both sides and it took out both engines,” she told hosts David Campbell and Sonia Kruger.

“You know when you’re flying you have the constant white noise, well everything went silent all of a sudden, you were on fire and you could smell it through the entire plane. I thought this is it.”

“Everything went silent and all of a sudden we were on fire…and I thought this is it.” 10 years ago, Emma survived the Hudson River plane crash and now she's WOWING judges on @TheVoiceAu. #9Today pic.twitter.com/vWazKyMWtI

Thankfully Emma made it out alive with thanks to pilot “Sully”, whom she said she’s incredibly grateful for.

“I have spoken to him several times and just recently at our 10 year reunion I got to spend a little bit of time with him and he truly is an American hero,” she continued.

Although obviously a shocking event to be involved in, the singer said she hasn’t let it stop her from travelling and even jumped back on a plane just days after the crash.

Emma claimed she’s not scared of flying and occasionally shares her story with fellow passengers on flights to help calm their nerves.

“There is only a few times that I’ve told people I’ve been sitting with, especially if they’re nervous flyers,” she explained on Today Extra. “I just let them know really gently and it kind of opens up a really great conversation and takes their mind off things.

The singer added: “I don’t share it all the time on flights but every now and then it’s a great opportunity and it brings peace to other people which is such a great thing.”

What did you think of Emma’s performance? Do you remember the Hudson River plane crash?