‘I couldn’t cope’: Elton John on his drug-addicted past ahead of Rocketman release 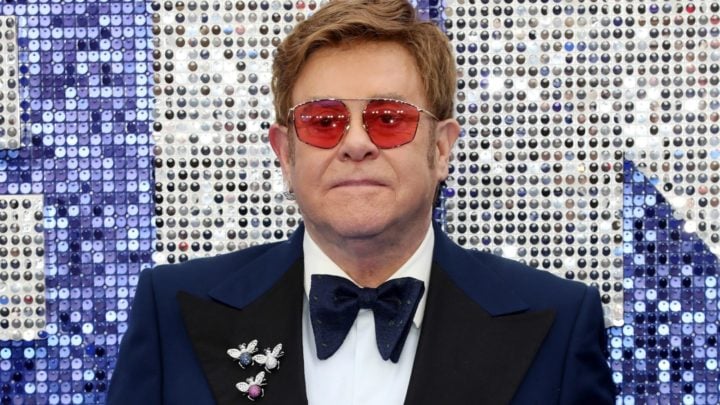 Sir Elton John has opened up about his bumpy past and revealed his most 'difficult' scenes to watch. Source: Getty

Ahead of Rocketman’s release next week, Sir Elton John has opened up about his bumpy past and revealed his most ‘difficult’ scenes to watch.

The biopic follows Elton’s life and career as he prepares to release his 1972 breakthrough album Honky Chateau, from the highs to the lows.

Speaking to the Herald Sun the singer revealed: “This is how my life was, and I didn’t want to cover it and gloss it over.

“And it’s difficult to watch because I thought God, I don’t want to go back there, thank God I came out of it. Thank God there was redemption, thank God I had the intuition and the help to get me out of that place.”

The singer, who was married to Renate Blauel from 1984 to 1988 before he came out as gay, has been at the centre of public spats with some of the world’s biggest stars, including Madonna and Rod Stewart, and endured a rocky relationship with his mother up until her death in 2017.

“Success was fantastic and then I couldn’t cope with it,” he added. “And you can’t leave out the bad.”

This isn’t the first time the famed singer has spoken out about his controversial past. In 2010, during an interview with Piers Morgan, Elton candidly opened up about his issues with drugs.

“I would have an epileptic seizure and turn blue,” he said. “And people would find me on the floor and put me to bed. Then 40 minutes later I’d be snorting another line.

“This is how bleak it was, I’d stay up, I’d smoke joints, I’d drink a bottle of Johnnie Walker and then I’d stay up for three days.”

He also suffered from bulimia, explaining:  ‘I’d binge and have three bacon sandwiches, a pot of ice cream and then I’d throw it up, because I became bulimic. And then go and do the whole thing all over again. That is how tragic my life was.’

Rocketman hits cinemas on May 30.

Are you a fan of Elton John’s music? Are you looking forward to seeing Rocketman?