‘Get a grip’: Furious Kochie’s scathing message to Labor supporters 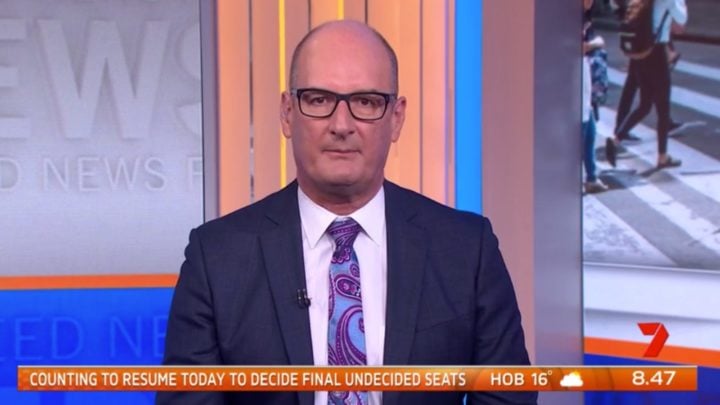 Sunrise host David ‘Kochie’ Koch has sent a strong message to Labor supporters following the Liberal party’s surprise win at this weekend’s election, telling them to “get a grip” following an outpouring of angry comments online.

While many are still in shock over the outcome of the federal election, with predictions the Labor party would take over power, Kochie hit out at those “bagging” Aussie voters, claiming it’s time to move on.

It came after author Jane Caro hit out at the result on Twitter, saying she wished she were from New Zealand – but she was immediately inundated with offers from people to buy her a one-way ticket there, so later took back her comments. Meanwhile, a stream of hateful comments have also been shared online from left-wingers labelling Liberal supporters “racist”, according to The Mail Online.

Now, responding to the backlash in a segment on Channel Seven’s Sunrise program, 63-year-old Kochie has launched into an angry speech and said he’s sick of the overflow of comments on social media.

“One thing I am hating on social media is all the people bagging the Australian voters for making the decision,” a disgruntled Kochie said. “Get a grip. People wanting to move to New Zealand, go to New Zealand.”

He added: “The Australian public is pretty smart, they made their decision, you live with it whether you agree or not.”

Of those who has made her views on the election was television personality Meshel Laurie, who shared a number of posts on social media about her disappointment in the Liberals gaining power once again.

In one post after the announcement had been made the comedian wrote: “Australians are dumb, mean-spirited and greedy. Accept it.”

While in another she said: “The only thing left to look forward to in a AUSTRALIA is Shadenfreude.”

Her comments weren’t met with support from everyone, with many people claiming she shouldn’t be so nasty because her chosen party didn’t win.

“I don’t like the Liberals either but who reacts like this just because their chosen party didn’t win? You’re supposed to be a 45-year-old Buddhist and you’re acting like a spoiled teenager,” one person commented.

While another added: “They are actually very smart, that’s why Labor lost.”

It was a big surprise for a lot of Australians on Saturday when it was announced the Liberals had taken home a win after multiple Newspoll results suggested Labor would take over power.

Read more: Does Scott Morrison’s win discredit the polls? How they got it so wrong

Now, as the dust settles and the final votes are counted, Aussies are questioning how the polls could have gotten it so wrong and whether Aussies should rely on them in future.

A nationwide debate has now been sparked on the topic, with 9News‘ political editor Chris Uhlmann claiming there are now “serious questions about conducting polling”.

“Are people telling pollsters what they actually think?” he told 9News. “The other problem we have got now is a move to mobile phones. Once upon a time people used to wait by the landline and answer people’s questions dutifully. You can avoid phone calls now.”

What are your thoughts on Kochie’s comments? Are you happy with the election results?