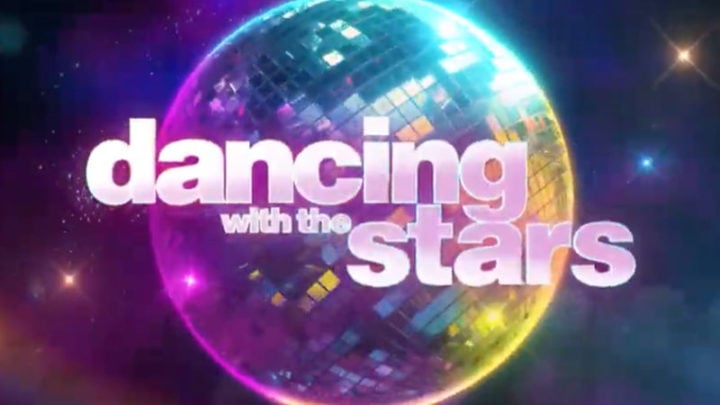 The 10 celebrities will battle it out to take home the trophy and raise money for their chosen charities. Source: Channel 10.

There are just over three weeks to go until Dancing with the Stars returns to Channel 10 and now the full line-up of celebrities who will be taking to the dance floor in this year’s competition has been revealed.

The TV talent show will return to the small screen on February 9 and a total of 10 celebrities have been paired with talented professional dancers in the hope of taking home the trophy at the end of the series, as well as raising some well-deserved cash for their chosen charities.

From radio and television stars, to reality TV personalities and sporting icons, this year’s line-up has already got people talking, with some describing the choices as “great” and “amazing”, while others admitted they only recognised one or two of the famous faces.

Comedian Ed Kavalee, star of TV shows such as Have You Been Paying Attention?, could be in with a chance of winning the show as he has been paired with professional dancer Jorja Freeman, who last year waltzed to victory with actor Samuel Johnson. Ed, 40, will be raising money for Victorian charity Learning For Life Autism Centre.

Following the announcement, Ed wrote on Instagram: “Due to a shipping error, @channel10au was overstocked and had to put me in Dancing With The Stars.”

Another star of Have You Been Paying Attention? will be battling it out against Ed, as Celia Pacquola was also unveiled as one of this year’s dancing hopefuls. The 36-year-old comedian and actress will learn the ropes from professional dancer Jarryd Byrne.

Someone who is no stranger to performing is Olivia Newton-John’s daughter Chloe Lattanzi, so it’s no surprise that she is already an early favourite to win the show. The 33-year-old, who signed her first record deal at just 16, has been partnered with Gustavo Viglio.

Last post tonight. Im so proud of you mommy for rockin your shows with john Travolta!!! I wish i was there sooo much to sing with you! I love you my best friend! @therealonj #meetandgrease

While Samuel Johnson won the show last year, it’s his former The Life of Us co-star Claudia Karvan who will be putting her best foot forward in this year’s contest. The 47-year-old actress, who supported Sam from the crowd last year, will take her lead from dance pro Aric Yegudkin.

Former rugby ace Beau Ryan is also taking part in the upcoming series, and the 34-year-old is no stranger to reality TV competitions having recently taken part in The Amazing Race Australia. He has been paired with Megan Wragg and admitted on Twitter: “I know I can’t dance, and on the 9th Feb Australia will know I can’t dance.”

Two other reality TV stars will be taking part in the show alongside Beau, including The Bachelorette’s Angie Kent, who shot to fame on Gogglebox Australia, and Dean Wells who starred in the 2018 series of Married at First Sight.

Christian Wilkins, son of showbiz reporter Richard Wilkins and star of SBS series Filthy Rich and Homeless, will take to the floor with Lily Cornish who was paired with Jett Kenny last year.

Rounding out the line-up is Dami Im who wowed viewers with her incredible vocal skills when she won The X Factor in 2013, before going on to represent Australia at the Eurovision Song Contest three years later. While AFL star Travis Cloke who will be hoping that dance partner Violeta Mugica can teach him a thing or two, having described himself to 10Daily as a “dancing dud”.

Dancing with the Stars premieres at 7.30pm on Sunday, February 9.

Are you a fan of the show? Will you be watching Dancing with the Stars when it kicks off next month?