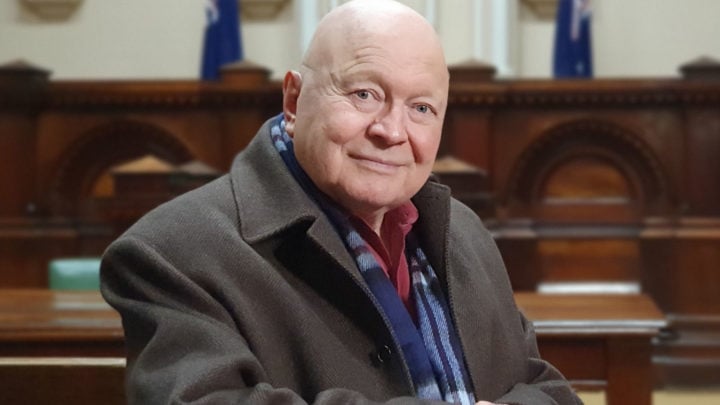 Bert Newton appears in the second episode of series 11 of Who Do You Think You Are?

He is one of the most iconic stars in Australian show business, having enjoyed a hugely successful career in radio and television which saw him win not one but four Gold Logie awards. But Bert Newton admits he wishes his father had been alive to see his rise to stardom.

Bert, who has been married to fellow entertainer Patti, 75, for more than four decades, describes his life as “pretty close perfection”, thanks to his two children Lauren and Matthew, and five grandchildren, with a sixth on the way.

However the 81-year-old isn’t entirely without regret and, appearing on the latest episode of SBS series Who Do You Think You Are?, which airs in full on Tuesday night, Bert admits his sadness over being unable to spend more time with his father Joe Newton.

Bert was largely raised by his mother Gladys – and proudly recalls his delight at being described as a ‘mummy’s boy’ – as his father spent much of his childhood fighting overseas in World War Two. Bert was just 11 years old when his dad passed away in 1950.

“The only thing I would complain about is the fact that I didn’t get to know my dad all that well,” Bert says at the start of the program. “My dad was that man who came to the door and he was a stranger to me. I’d give anything to know more about Joe Newton the man.”

The program follows Bert as he returns to the Melbourne suburb of Fitzroy, where he was raised alongside his five elder siblings, before visiting the War Memorial in Canberra. It is there that he discovers that his father lied about his age when he enlisted in the Armed Forces at the outbreak of WWII, claiming to have been 39 rather than 40.

Bert is also shown records of his father’s time in the army and discovers the nature and extent of the work that he did whilst serving his country overseas. The former New Faces host then makes an emotional visit to Melbourne’s Heidelberg Repatriation Hospital where his father Joseph James Newton passed away.

“He made such a wonderful contribution helping to save Australia,” Bert says. “It makes you proud, but also makes you quite sad that without war it would have been a different story.”

He adds: “You could term hero to my dad’s name. And that wouldn’t be going too far.”

The revelations don’t end there though as Bert goes on to uncover the secrets of his mother’s relatives, admitting he has no recollection of his maternal grandparents. His journey connects him to a prize fighter who was arrested for running an illegal gambling tote, as well as a trailblazing feminist.

Do you like this program? Have you ever looked into your own family history?