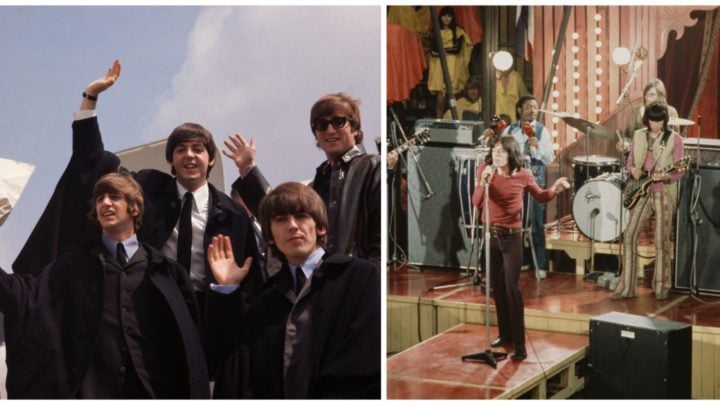 There's something just so special about the music from the '60s! Source: Getty.

Everyone can relate to that feeling of hearing a song and having a wave of memories come crashing over you. And whether they’re happy memories or nostalgic thoughts, the most iconic songs of the 1960s are bound to rustle something up from years gone by.

From the Rolling Stones to The Beatles, there was no shortage of star power back then and, unsurprisingly, much of the music is still popular today. So Starts at 60 has taken a stroll down memory lane to look back at some of the most memorable chart-topping songs that completely conquered the music scene in the ’60s!

There’s nothing quite like being transported to another time through music, and this tune definitely does just that. This cracker spent nine consecutive weeks at number one in the charts and to this day brings back memories for those who spent their childhood listening to the sweet melody.

Everyone loved grooving to this fun song by the beloved blues singer Bobby Lewis. It earned its spot at the top of the charts for seven consecutive weeks but was guaranteed to be stuck in everyone’s head for much longer than that!

This sweet song was by far one of Charles’ best and a tune that was simply destined to be a classic. Almost six decades later, this song still becomes a regular at weddings, anniversaries and any other celebrations of love.

1963: ‘Sugar Shack’ by Jimmy Gilmer and the Fireballs

Nothing else is quite as fun as this tune which was a fan favourite to play loudly during a day at the beach. It spent five weeks at number one and was hands down one of the all-time best summer tracks for all the kids to dance to.

Following the incredible success of this song, came the colossal success of the now-iconic band that created it. The Beatles broke into the music scene and settled their way into the world’s heart with this delightful tune!

Rock found a new face when this band burst onto the scene and they haven’t showed any signs of slowing down even today. Whether it was their catchy melodies or the enigmatic stage presence of Jagger in his prime, this band had a hold on the world and the charts all at once.

It’s near impossible to stop yourself from singing along to this classic tune. And it’s safe to say that once this tune hit the radio, everyone was ready to escape winter to go and live in the nice and warm city of LA.

This song was taken from the film of the same title that touched the hearts of not only teachers everywhere but also students as it dealt with very present social issues. The song spent five deserving weeks on top the Billboard charts following its release.

Once again, the foursome took out the top spot with little to no competition. With nine consecutive weeks sitting comfortably at the top of the charts, ‘Hey Jude’ will forever remain in music lovers’ hearts as one of the best songs of all-time.

The popular song originally appeared in an episode of Archie performed by the band The Archies, however it became an instant hit and ended up spending four weeks on top the charts. Despite being a cartoon-creation, the song remains today as one of the best summer-tunes to have a groove to!