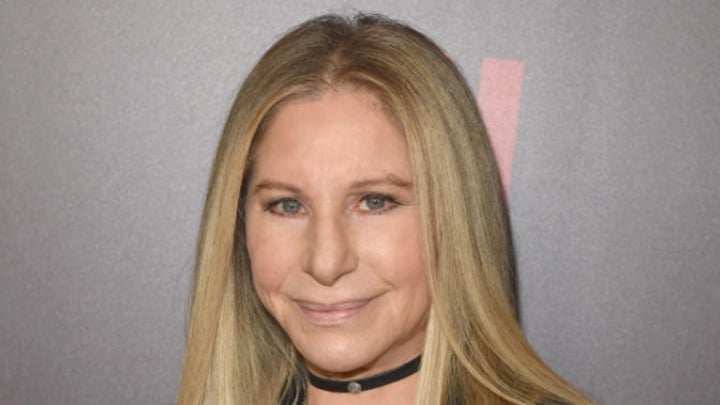 Barbara Streisand mixed the songs Imagine and What a Wonderful World to share a message about world peace. Source: Getty

Barbra Streisand has merged two of the most emotional and touching songs of all time into one inspiring piece of music in her new album ‘Walls’.

Paying tribute to the great John Lennon and Louis Armstrong, the popular singer has shared a message of world peace by blending the beautiful tunes of  ‘Imagine’ and ‘What a Wonderful World’.

Inspired by the lyrics of both songs, Barbra said she wanted to convey a particular idea to the world around the importance of peace and tolerance.

“I actually met John and Yoko when I performed at an event to raise money for Daniel Ellsberg’s defence fund in 1973 when the government was suing him for releasing the pentagon papers,” she explained in a video posted on Twitter.

“Of course John Lennon’s tragic death gave the lyrics to Imagine an even greater poignancy. So I wove the lyrics to Imagine with Louis Armstrong’s What a Wonderful World to convey the idea that if we could only arrive at a place where peace and tolerance and generosity ruled the day then just imagine what a wonderful world it would be.”

The 76-year-old has been praised for her compilation of the songs by fans with many claiming it brought tears to their eyes.

I wove the lyrics of “Imagine” with Louis Armstrong’s “What A Wonderful World” to convey the idea that if we could only arrive at a place where peace and tolerance and generosity ruled the day, just imagine what a wonderful world it would be! #BarbraWalls pic.twitter.com/gdB8MHdRC4

“It’s absolutely beautiful! Imagine has always been my favourite song and I love how you did this. Your voice is so beautiful. It brings tears to my eyes. Thank you,” one person wrote.

“Barbra, thank you for sharing your soul with all of us, to be inspired and hopeful for good things,” another said.

While a third added: “Peace, love, tolerance. Indeed, what a world it would be. Thank you for the ‘memories’ and all you’ve done for peace.”

This is the second song the singer has released from her new album. The first, ‘Don’t Lie to Me’ is far more controversial, as Barbra takes aim at US president Donald Trump.

A few weeks later, this was confirmed as Barbra released a video clip for the song, which featured images of Trump, protests and the American flag.

What do you think of Barbra Streisand’s new song? Are you a fan of her music?