What Pisses Me Off: Public transport 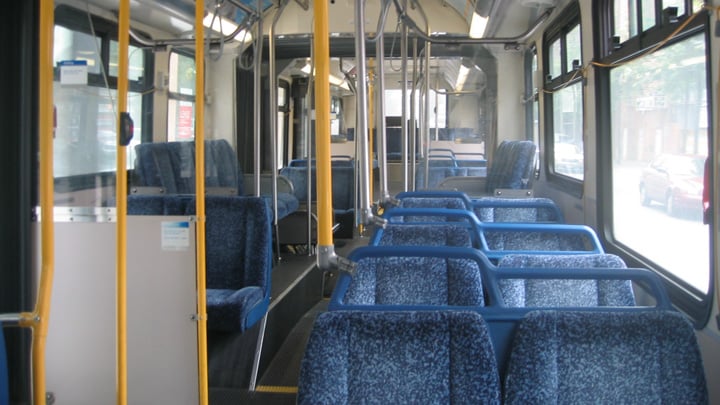 I finished work yesterday and I went to catch my usual bus. Just as luck would have it, it pulled away from the stop as I got there. I work at the Children’s Hospital so the large bus station is just out the front and buses come every few minutes, so I wasn’t that worried.

I jumped on the 66 bus and was hoping to go to Kedron Brook, about 4 or so kilometres away. It was not to be – the bus driver halted the bus at the next stop and told me and the other passenger to get off. I said, not shouted, “Is this the last stop?” and the bus driver shouted, “Dear, don’t yell at me!”, obviously not realising his hypocrisy! I walked down to the front and said that I just wanted to know where the bus went and he said I needed to catch another.

Of course it was my fault – I shouldn’t have got on any old bus – but I was pissed off that I didn’t get any respect from the driver. What happened to transport workers who were there to assist? Half the time I catch the bus now and ask a question, the driver quickly dismisses me, keen to drive away with me in the doorway. I just want a little bit more understanding!

So after the driver told me to catch another bus, I’d just about had it so I told him I’d rather walk and so I walked the rest of the way to prove my point. Call me stubborn but I would rather get some exercise than sit on a bus with someone who didn’t give a crap! They’re paid to assist us but I think most drivers take out their unhappiness on us. It’s not my fault you don’t like your job!

I read the MX paper and sometimes they publish comments about nice public transport staff but there’s only ever 4 comments a week at most, a pretty poor percentage if you think about how many people work for Translink!

Another thing that pisses me off on public transport is passengers who don’t know what the Quiet Carriage is. I pay an exorbitant amount (being 61 I don’t yet qualify for a seniors concession discount) to travel and I’d love it if just once I could sit on the designated carriage without some imbecile talking on their phone or just talking in general. I remember an incident on the day I was visiting my son: there were two young guys in the carriage rifling through their bag and shouting when they couldn’t find a CD! A CD!? Tell me if I’m wrong but I’m sure they were superseded a few years ago?! Surely they aren’t that important? I can stand up for myself, so in the interest of other passengers, I leaned over the chair and said, “Excuse me, this is a quiet carriage. Do you mind?” and the boy said an expletive that I’m not going to repeat here! I was shocked but I just calmly gathered my things and removed myself from the carriage at the next stop. Maybe it was stubbornness again but I was pissed off! To say the least!

I think older people, and even just people in general, should get more respect on public transport from the providers and from other passengers. We can’t all have the luxury of driving our car to work and certainly don’t deserve to be embarrassed for asking a question.

What do you think? Does public transport piss you off? What would you like to see done about people who are nuisances on our buses and trains? And should drivers be educated in customer service? Share your thoughts and gripes below!